An SC bench comprising Chief Justice Ranjan Gogoi and Justices Ashok Bhushan and S K Kaul also said that it will not interfere with the ongoing investigation in the case. 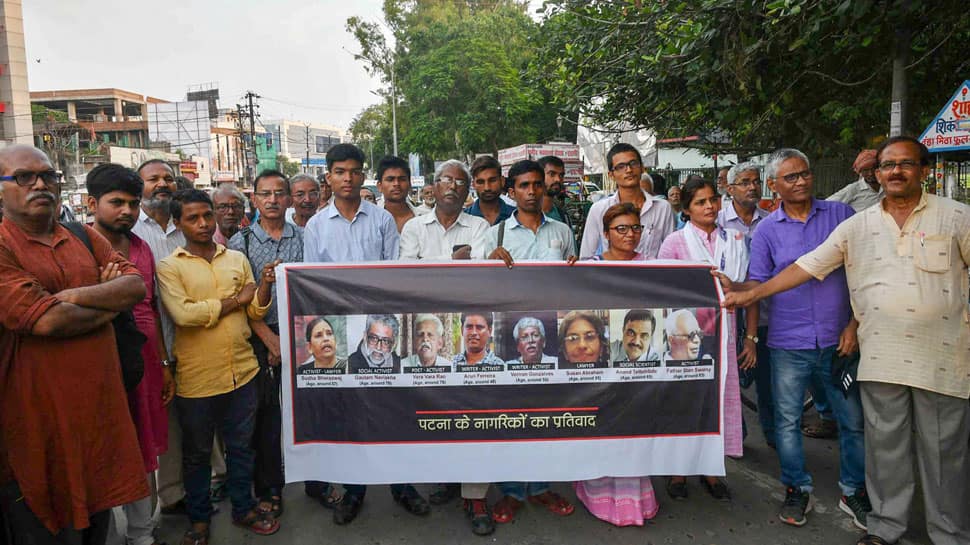 NEW DELHI: In a major blow for civil rights activist Anand Teltumbde, the Supreme Court (SC) refused to quash an FIR filed by Pune Police for Teltumbde's alleged involvement in the Elgar Parishad-Koregaon Bhima violence. In the FIR, the police have also accused the renowned civil rights activist of having links with Maoists.

An SC bench comprising Chief Justice Ranjan Gogoi and Justices Ashok Bhushan and S K Kaul also said that it will not interfere with the ongoing investigation in the case.

The apex court, however, extended by four weeks the interim protection from arrest granted to Teltumbde by the Bombay High Court and ruled that the civil rights activist can approach the competent trial court to seek regular bail.

On December 21, Teltumbde's petition seeking the quashing of the FIR and granted interim protection from arrest for three weeks was dismissed by the Bombay High Court.

The Elgar Parishad event held on January 1, 2018 at Shaniwarwada in Pune had witnessed violent caste clashes at Koregaon-Bhima, located near Pune. Police claim that inflammatory speeches were made by several activists during the event, which added to the violence.

It is to be noted that a nine-member fact-finding committee, constituted to probe the Bhima Koregaon violence, has said in its report that the violence in Bhima Koregaon was part of a conspiracy.

The report said that tankers filled with kerosene, sticks and swords were brought to the spot before the violence was triggered. People living in Sanaswadi area near Bhima Koregaon knew before hand that there would be violence. The report had also indicted the police for failing to act on time to prevent the pre-planned violence.

The report also added that two right-wing leaders, Milind Ekbote and Sambhaji Bhide, tried to divide people on the basis of caste. The report said that Dharamvir Sambhaji Maharaj Smriti Samiti has been formed by Ekbote with an aim to give distorted information about the history of Govind Gaekwad to the people.