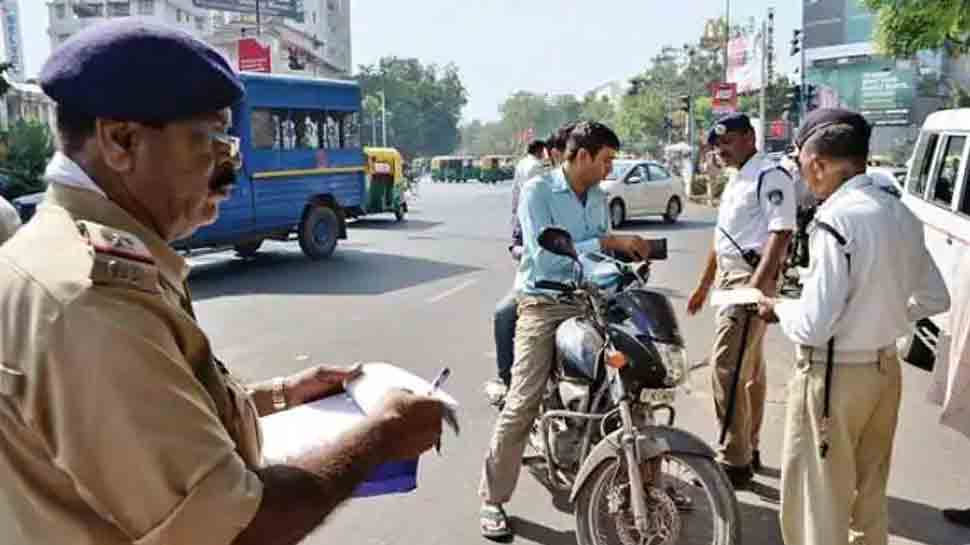 New Delhi: States enforcement agencies will have to send traffic violation notice to the offender within fifteen days of the offence committed, and the electronic record should be stored till the disposal of challan, according to new rules notified by the transport ministry. Due to this, the policemen will not be able to send a challan to offenders by taking a photo. Instead they will require electronic records to issue challans.

"The notice of offence shall be sent within fifteen days of the occurrence of the offence and the electronic record collected by way of electronic monitoring should be stored till the disposal of challan," the ministry said in a series of tweets.

According to the new rules, the electronic enforcement devices include speed camera, closed-circuit television camera, speed gun, body wearable camera, dashboard camera, Automatic Number Plate Recognition (ANPR), weigh-in machine (WIM) and any such other technology specified by the state government. "State governments shall ensure that such devices are placed at high-risk / high-density corridors on National Highways, State Highways, and at critical junctions, at least in major cities with more than 1 million population, including 132 cities mentioned in the notification," the ministry said.

It also said the electronic enforcement device should be placed in such a manner so as not to cause any obstruction, line-of-sight issues or interruption in traffic flow. According to the newly notified rules, footage from an electronic enforcement device having an electronic stamp for location, date and time, can be used to issue challan for not driving within the prescribed speed limit, stopping or parking vehicle at an unauthorised location and not wearing protective headgear or helmet.

The footage can also be used to issue challan for jumping a red light, violating a stop sign, using handheld communications devices while driving, passing or overtaking other vehicles in a manner contrary to law, and other traffic violations. The e-challan system was launched in Delhi in 2019 and it also exists in several other cities. With the new sets of rules, the ministry wants to increase the number of cities which qualify for such electronic monitoring.

Maharashtra has a maximum of 19 cities, followed by 17 in Uttar Pradesh, 13 in Andhra Pradesh and 9 in Punjab.