China`s UN mission did not immediately respond to a request for comment on the new proposal. 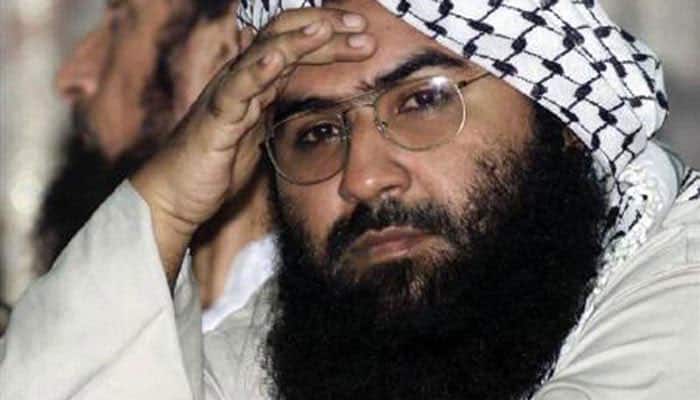 UNITED NATIONS: The United States, Britain and France proposed on Wednesday that the United Nations Security Council blacklist the head of Pakistan-based terror group Jaish-e-Mohammad (JeM), which was involved in attacking an Indian paramilitary convoy in Pulwama district of Jammu and Kashmir on February 14.

However, the move is likely to be opposed by China, which previously prevented the Security Council`s Islamic State and al Qaeda sanctions committee from sanctioning JeM leader Masood Azhar in 2016 and 2017.

China`s UN mission did not immediately respond to a request for comment on the new proposal.

The February 14 attack, the most deadly in Kashmir during a 30-year-long insurgency, increased tensions between Pakistan and India.

The United States, Britain and France have asked the 15-member Security Council sanctions committee to subject Azhar to an arms embargo, global travel ban and asset freeze. The committee operates by consensus and members have until March 13 to raise objections, according to the proposal seen by Reuters.

When the council committee previously considered blacklisting Azhar in 2017 the Chinese Foreign Ministry said there were clear rules for listing a person or group as a terrorist, and that China has always believed the relevant U.N. committee should operate on the principles of objectivity.

JeM is a terror group that forged ties with al Qaeda and was blacklisted by the U.N. Security Council in 2001. In December 2001, Jaish fighters, along with members of another Pakistan-based terror group, Lashkar-e-Taiba, attacked India`s parliament, which almost led to a fourth war.

The Security Council condemned the February 14 attack in a statement last week, which was agreed after several days of negotiation. Diplomats said China had been opposed to a reference of JeM, however the agreed statement did eventually note that JeM has claimed responsibility for the attack.

Pakistan`s Foreign Minister Shah Mahmood Qureshi has written at least twice to U.N. Secretary-General Antonio Guterres and they spoke on the phone on Tuesday. In a February 26 letter, seen by Reuters, Qureshi called on Guterres and the Security Council to urge India to halt "acts of aggression."

India`s U.N. Ambassador Syed Akbaruddin told Reuters on Wednesday: "Our efforts are focused on countering terrorism and we are working with many global partners in pursuit of that objective."

U.N. spokesman Stephane Dujarric told reporters that the United Nations has had contacts with India at "various levels." He said on Wednesday that Guterres was available to mediate should both parties agree.

"The United Nations message both publicly and privately to both sides is to urgently take steps to lower tensions through meaningful mutual engagement and meet the responsibilities to maintain peace and security in the region," Dujarric said.