Veteran socialist and former RJD leader Raghuvansh Prasad Singh would be another leader conspicuous by his absence from the poll battle. 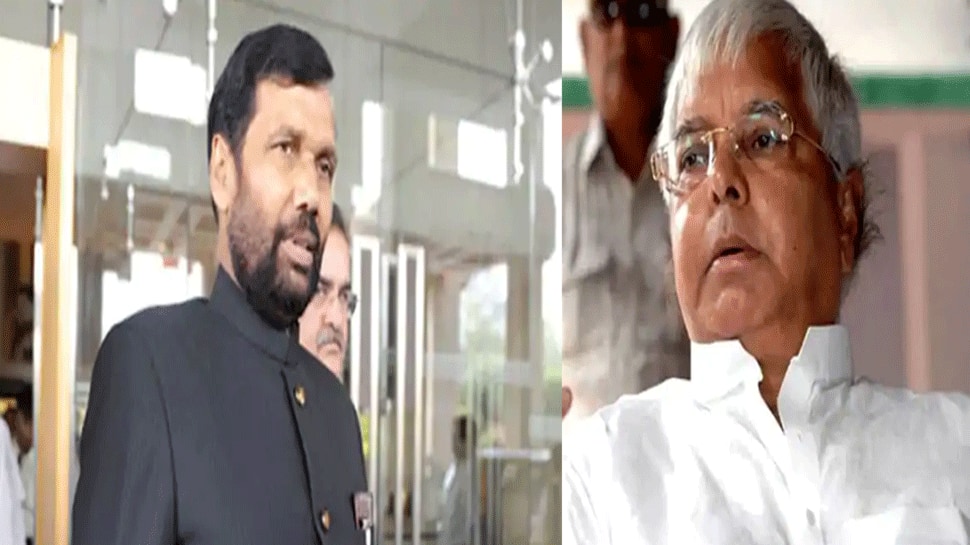 Patna: Although coming Bihar Assembly elections are unique in many ways since the campaigning and balloting will be held amid coronavirus pandemic, the voters will miss RJD leader Lalu Prasad`s light-hearted jibes and potshots at his political rivals since he is in jail after conviction in fodder scams.

Also missed in the political arena will be Lok Janshakti Party leader and Union Minister Ram Vilas Paswan who breathed his last in Delhi on October 8 night.

Veteran socialist and former RJD leader Raghuvansh Prasad Singh would be another leader conspicuous by his absence from the poll battle. Singh, who was close to Lalu, had died on September 13 at AIIMS in Delhi.

Most political parties have announced their candidates for majority of the seats in the run-up to the elections. Regional parties will focus on small rallies instead of big ones in view of the CVID guidelines.

Lalu Prasad, a star campaigner of the Rashtriya Janata Dal in the past elections, has been a crowd-puller capable of changing the course of electioneering and election results with his oratory. But the former Railway Minister will not be able to showcase his skills as he is admitted in Rajendra Institute of Medical Sciences in Ranchi. He cannot participate in campaigning without court permission.

Even RJD leaders admit they miss Lalu Prasad`s absence in these elections. Party leader Mrityunjay Tiwari pointed out that the jailed RJD supremo was not only a star campaigner in Bihar but across the country.

"He is a crowd-puller. There used to be huge gatherings at his rallies and voters trust his words and identify themselves with him," Tiwari remarked.

The importance of Lalu Prasad and Raghuvansh Prasad can be gauged from the fact that in the 2015 elections, both participated in 170 and 100 RJD rallies and roadshows respectively.

Sources said that the participation of former Union Minister and Loktantrik Janata Dal leader Sharad Yadav in electioneering this time seems remote due to health reasons.

Janata Dal-United`s state President Vashishtha Narayan Singh is also likely to remain confined to speaches at virtual rallies due to health reasons. Chief Minister Nitish Kumar will thus shoulder the responsibility of a star campaigner for the ruling party.

The elections for 243 Assembly seats will be held in three phases -- for 71 seats on October 28, for 94 seats on November 3, and remaining 78 on November 7. The results will be announced on November 10.