The districts affected by the flooding, caused by heavy rainfall in catchment areas along the border with Nepal, are West Champaran, East Champaran, Sitamarhi, Sheohar, Supaul, Kishanganj, Darbhanga, Muzaffarpur, Khagaria and Gopalganj. 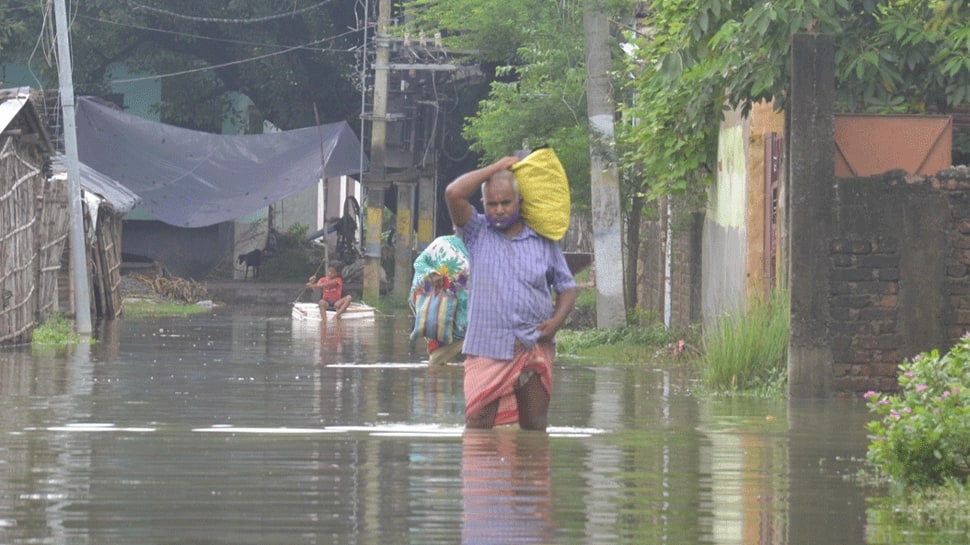 Patna: The flood situation in Bihar worsened on Thursday with over 7.65 lakh people being affected across 10 districts, officials said. However, there was no loss of life reported so far, the disaster management department said.

According to the department's bulletin, the number of people affected by the flood rose to over 7.65 lakh, up from under five lakh the previous day.

The districts affected by the flooding, caused by heavy rainfall in catchment areas along the border with Nepal, are West Champaran, East Champaran, Sitamarhi, Sheohar, Supaul, Kishanganj, Darbhanga, Muzaffarpur, Khagaria and Gopalganj.

As many as 426 panchayats under 64 blocks were affected in these districts.

Close to 14,000 people have been lodged at 28 relief camps set across the affected districts, while nearly 80,000 were being fed at 192 community kitchens.

In East Champaran, state minister for tourism and culture Pramod Kumar, who is also the BJP MLA from district headquarters Motihari, conducted a tour of the flood-hit areas along with local party office-bearers and Deputy Collector Megha Kashyap.

"It is the Nitish Kumar government's stated policy that those affected by disasters have the first claim on the state's resources. People's need for food and shelter will be duly taken care of until the nature's fury subsides. All the affected people will also get cash assistance of Rs 6,000 each," the minister said.

The district is among the worst-hit by floods and according to the Additional District Magistrate (Disaster Management), 78,717 people in villages falling under Areraj, Sangrampur and Kesariya areas are affected by the calamity.

He said the situation is likely to improve in the next few days since the discharge from Valmiki Nagar barrage in the adjoining West Champaran district has come down and cracks found in embankments at Kesariya and Sangrampur have been repaired.

In West Champaran, four brick kiln workers were rescued in Sikarhana block by an NDRF battalion who rushed to the spot upon learning that they had got trapped following a sudden rise in water level in a river, commandant of NDRF 9th Battalion Vijay Sinha said.

In Muzaffarpur, villagers staged a demonstration on the national highway-57, alleging that the administration had failed to provide them with adequate relief and most officials concerned were reluctant to pick up their calls.

Normal traffic on the highway which connects the district to Darbhanga resumed after a team of officials went to the spot and assured the demonstrators that their concerns would be looked into.