As the flood situation in Bihar worsens the death toll rose to 11 and nearly 40 lakh people have been affected by the deluge, the state disaster management department said on Wednesday. 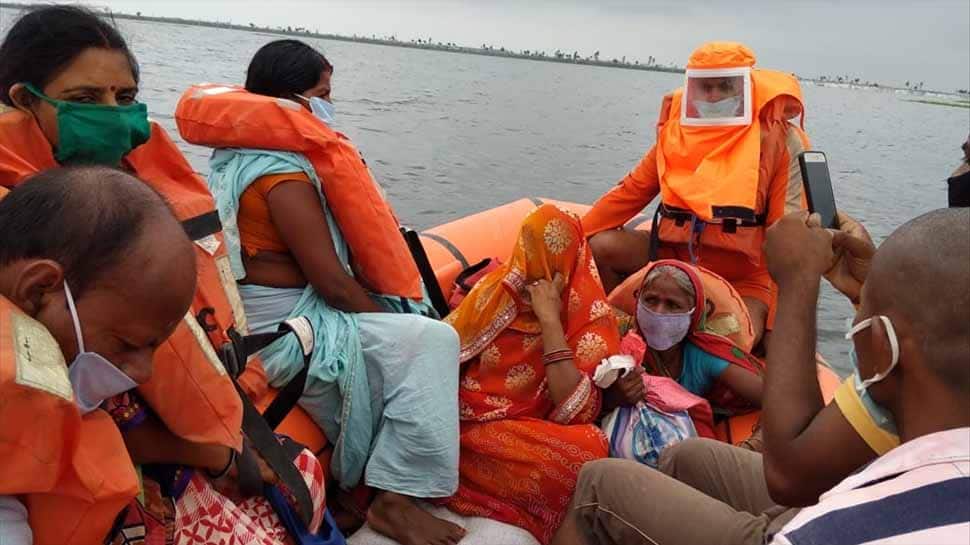 Patna: As the flood situation in Bihar worsens the death toll rose to 11 and nearly 40 lakh people have been affected by the deluge, the state disaster management department said on Wednesday.

Accoridng to reports, the National Power Grid located in Dekuli village of Bahadurpur block is completely inundated in flood waters. Due to this, electricity supply has been disrupted in about 14 districts of Bihar. The employees and engineers are working on a war footing to repair the damage but it is being said that it will take up a few months.

Nearly a thousand villages across 10 affected districts have been hit by the deluge. The most effected districts include East Champaran, Gopalganj, Saran, Muzaffarpur, Sitamarhi, Sheohar, Supaul, Kishanganj, Khagaria and Samastipur.

Three casualties were reported from Darbhanga district taking the total number of fatalities to seven, the remaining four deaths have been reported from West Champaran. The number of people affected by the floods has now reached 38,47,531, a jump of nearly 10 lakh since the previous day.

According to the Indian Meteorological Department, the state received an average total rainfall of 22 mm, which was 89 per cent in excess of normal. The heaviest downpour were witnessed in flood-hit districts like East Champaran, Muzaffarpur and Sitamarhi where the volume of rainfall was stated to be more than 300 per cent above normal, PTI reported.

Meanwhile, relief and rescue efforts are being carried out in full swing with NDRF and SDRF teams on the spot, equipped with 1,500 boats, being pressed into service.

Vijay Sinha, commandant of the 9th battalion of the National Disaster Response Force (NDRF), said, "Our 22 teams have rescued more than 7,700 people and hundreds of cattle. Rescue operations are being conducted amid strict adherence to norms in place for the prevention of spread of COVID-19."

The disaster management department has put the total number of people evacuated at 3.09 lakh. Out of them, more than 25,000 people have been put up at 19 relief camps, besides as many as 989 community kitchen has been set up which caters to 5.71 lakh people.