It is to the credit of the state government's resolve that an atmosphere of social and communal harmony prevails in Bihar, he said. 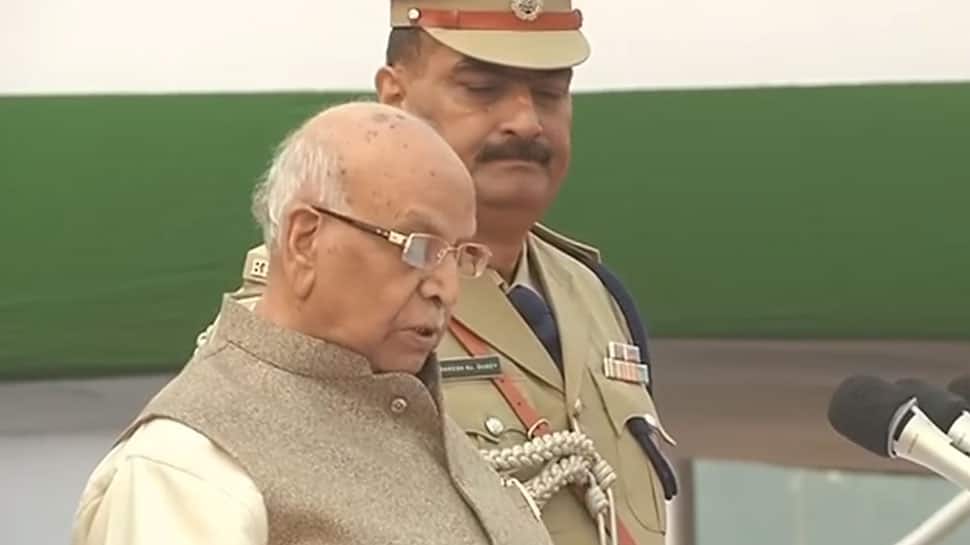 PATNA: Bihar Governor Lalji Tandon on Saturday asserted that the state government was committed to upholding the rule of law besides having zero tolerance for corruption.

Addressing the Republic Day function at the historic Gandhi Maidan here, the governor said organized crime has been brought under control by impartial enforcement of law, and several steps have been taken for strengthening the police force so that it may fulfill its obligations efficiently.

It is to the credit of the state government's resolve that an atmosphere of social and communal harmony prevails in Bihar, he said.

"The government is also acting in accordance with its policy of zero tolerance for corruption. Action is being taken against corrupt public servants," he added.

".... 4.10 lakh complaints received under the Public Service Grievance Redressal Act of 2015 have been redressed," the governor stated.

He also spoke of measures like the 'Lok Samvad' wherein the chief minister and his cabinet colleagues receive suggestions for improving governance from citizens, and the "saat nishchay" (seven resolves) which aim at providing basic amenities to the remotest corners of the state.

Before delivering his speech, the Governor inspected a Guard of Honour. Tableaux of various government departments were displayed during the Republic Day parade.