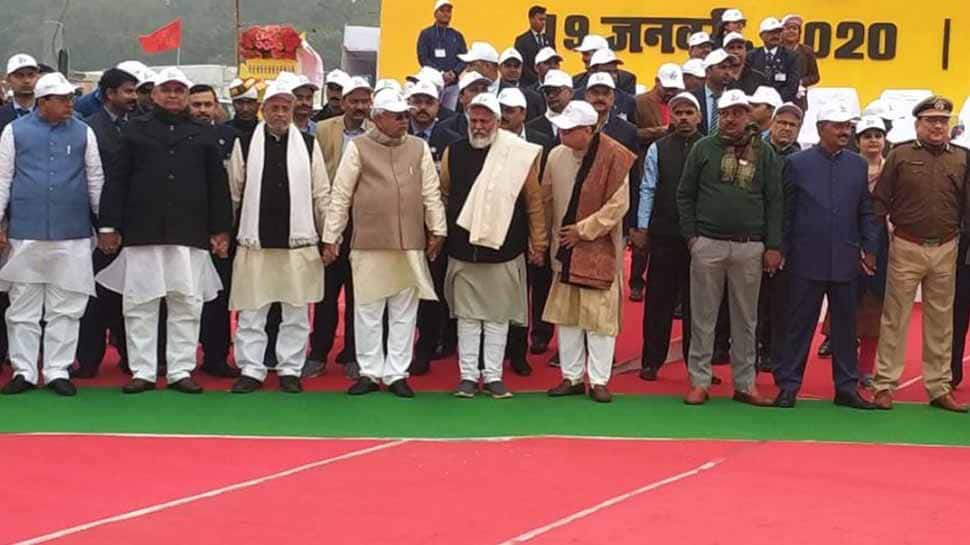 Bihar is all set to create history on Sunday (January 19) as around 4 crore people of the state would form a 16,351 km long human chain to promote Chief Minister Nitish Kumar's pro-environment conservation slogan of ‘Jal-Jeevan-Hariyali’ (water-life-greenery) and support the state government's decision to ban liquor and denounce the practice of dowry and child marriage.

Chief Minister Nitish Kumar will initiate the human chain at 11:30 am at Patna's iconic Gandhi Maidan and the entire chain would be formed all over the state reaching Kishanganj in far east and Bagaha in the northwest by afternoon.

The human chain will also cover the entire Gangetic belt from Buxar to Bhagalpur on the border with Jharkhand. A third chain will link Sheohar-Muzaffarpur-Aurangabad axis. According to government officials, Muzaffarpur district will form the longest human-chain over 1,320 kms, followed by 732-km in Samastipur, 696-km long in Patna.

The state government will use 15 helicopters to film the human chain across the state. It is learnt that the BJP is an ally of the ruling JD(U) in Bihar has directed all its legislators and cadres to join the chain.

Students from class 1 to 4 will form human chains inside their school. Teachers, government officials, Sikhsha Mitrs and common people will also join the human chain.