Birsa Munda is also known to have also laid the foundation of a new religion, which believed in one God. 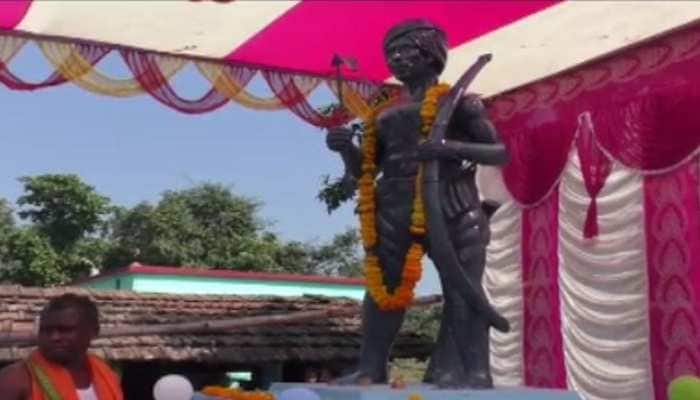 New Delhi: Birsa Munda, who fought for tribal rights against the British rule in the late nineteenth century, is being remembered by the nation on his death anniversary today. A fearless youth from Chhotanagpur Plateau area who became a freedom fighter, religious leader and folk hero among the Munda tribe was born on November 15, 1875, to Sugana Munda and Karmi Hatu in Ulihatu, Jharkhand.

Munda was converted to Christianity and got a new name, according to information available about him. After studying for a few years, he left the Mission School, and his family is known to have renounced Christianity and again reverted to their original tribal faith.

Birsa Munda is also known to have also laid the foundation of a new religion, which believed in one God. People belonging to Mundas, Oraons, and Kharias found in him a new prophet and sought cure to their problems. People started to call him Dharti Abba, and his influence over various other tribes of the region can still be heard in folklore.

While preaching the new religion, Birsa also mobilised people and formed a Guerrilla Army to fight against the British Raj. His popularity was extended among tribal people in the present-day states of Odisha, Bihar, West Bengal, and Madhya Pradesh.

Birsa is also known to have revolted against the system introduced by the British rulers to control forests. Under the new British system, migrants from other states were invited to work on tribal lands and earn profit, depriving tribals of their rights.

Birsa gave a call to his fellow tribesman in 1895, to renounce Christianity and guided them to worship one God and declared him to be a prophet. His followers started a series of attacks on places representing British rule and also attacked commissioners and deputy commissioners.

In order to crush the tribal revolt, the British troops gheraoed the Birsa's Guerrilla Army at Dumbari Hills and killed hundreds of tribal fighters. Birsa managed to escape but was later on arrested and sent to jail where he died on June 9, 1900. The tribal rebellion also faded after his death.