The MGP leader made the statement just a day after the Goa Congress leaders wrote a letter to state Governor Mridula Sinha staking claim to form the government. 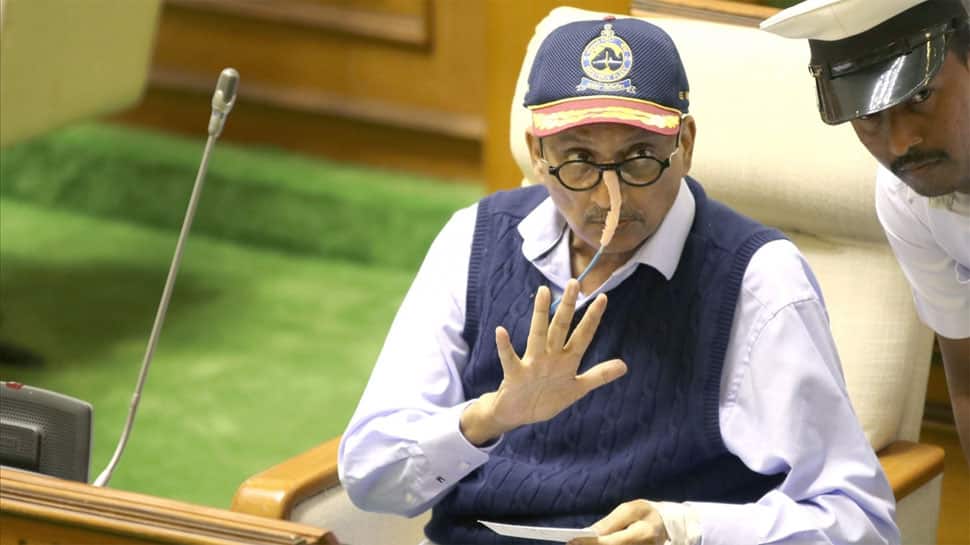 PANAJI: BJP ally Maharashtravadi Gomantak Party (MGP) president Dipak Dhavalikar on Sunday claimed that it is possible that the state legislative assembly would be suspended till bypolls to three assembly constituencies are held in April.

The MGP leader made the statement just a day after the Goa Congress leaders wrote a letter to state Governor Mridula Sinha staking claim to form the government. In its letter, the Goa Congress had claimed that Manohar Parrikar government in the state has lost the majority and the Congress must be given an opportunity to prove its majority on the floor of the Assembly, PTI reported.

When asked to comment on BJP's statement that the party is "already thinking on Goa political transit phase", Dhavalikar noted that the party would definitely face the crisis in the near future.

"Crisis has not begun yet. The crisis in the government will happen after Manohar Parrikar," the MGP chief was quoted as saying by PTI.

The fluctuating health of 63-year-old Parrikar has resulted in hectic political activities in the state. The Congress had claimed that Parrikar's government had lost the majority in the assembly, after the demise of BJP MLA Francis D'Souza.

Meanwhile, the BJP MLAs held a meeting on Sunday to hold discussions over the possibility of former Chief Minister and Congress MLA Digambar Kamat joining the BJP and becoming the new chief minister of the state.

"Digambar (Kamat) has gone to Delhi to join the BJP. He has no other business there," Goa Deputy Speaker Michael Lobo said.

Kamat left for New Delhi on Sunday on Monday morning and before leaving for Delhi he told reporters at the Dabolim International Airport that he was going to Delhi for a "private purposes."

Another BJP MLA told IANS that Kamat, who also belongs to influential Gaur Saraswat Brahmin caste just like Parrikar, may get the opportunity to become the chief minister if he decides to join the BJP.

"Our party is in talks with Kamat. But his exit from the Congress has not been finalised yet. He has worked with the BJP leadership before and the transition should not be an issue," the BJP MLA told IANS.

However, Congress leader of the Opposition Chandrakant Kavlekar rejected the reports that Kamat was joining BJP. He stressed that Kamat was a senior member of the party and he had informed the party high command before leaving for Delhi. "There is no doubt about Kamat`s commitment to the party. He will stay with the Congress," Kavlekar said.