BJP candidate and EAM S Jaishankar got 104 votes in his favour as against Congress rival Gaurav Pandya who got 70 votes. 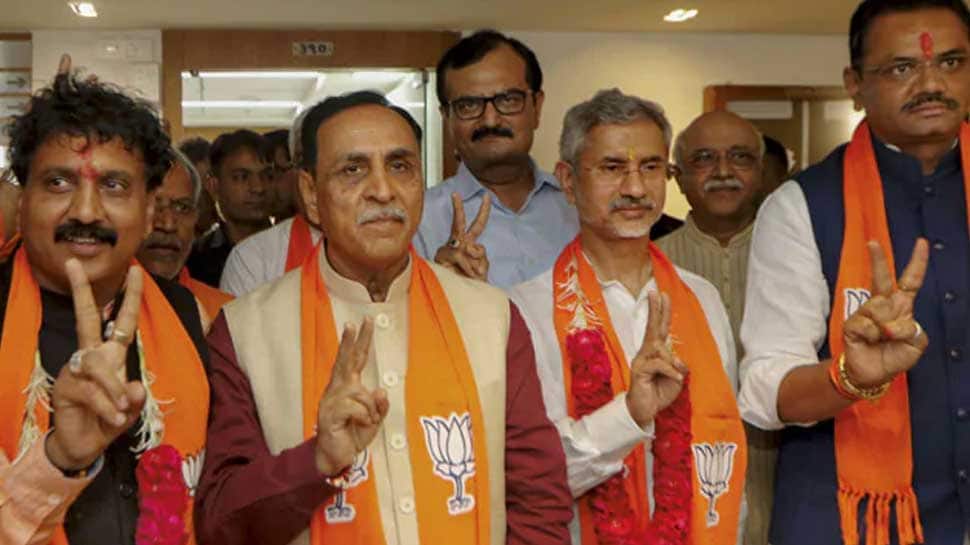 NEW DELHI: BJP candidate and External Affairs Minister (EAM) S Jaishankar was on Friday declared winner in one of the two vacant seats from Gujarat for which bypoll were held in Rajya Sabha.

EAM Jaishankar got 104 votes in his favour as against his Congress rival Gaurav Pandya who got 70 votes.

While the ruling BJP had fielded Jaishankar and party's OBC leader Jugalji Thakur, Congress had nominated Chandrika Chudasama and Gaurav Pandya for the Rajya Sabha bypoll from Gujarat.

Polling for the two Rajya Sabha seats vacated by Union Ministers Amit Shah and Smriti Irani, after they were elected to the Lok Sabha in the April-May 2019 election, ended at 4 PM.

Voting took place at a single polling booth at the state assembly complex with separate divisions for the two seats, since elections were held separately for the seats as decided by the Election Commission.

Since these were by-elections and Shah and Irani had resigned on different dates, the elections to both the seats were conducted separately.

The Congress had challenged this decision in the Supreme Court demanding a joint election, but was turned down.

The state MLAs cast their votes at the Vidhan Sabha for the two seats of the Upper House of Parliament.

The by-polls were held on the fourth floor of Gujarat Vidhan Sabha in Gandhinagar.

To avoid horse trading, Congress had on Thursday shifted 69 party legislators to Balaram resort in Palanpur area of Gujarat's Banaskatha district, nearly 150 kilometres away from Ahmedabad.

"Gujarat is a political laboratory of Amit Shah and Narendra Modi. Most incidents of horse-trading are reported here. They have done it two times in the past. Many money bags were found earlier and there is a possibility of it happening this time too," Congress leader Arjun Modhwadia said.