In a major boost for the BJP in West Bengal, 12 well-known Bengali actors on Thursday joined the BJP in presence of party leaders Mukul Roy and Dilip Ghosh. 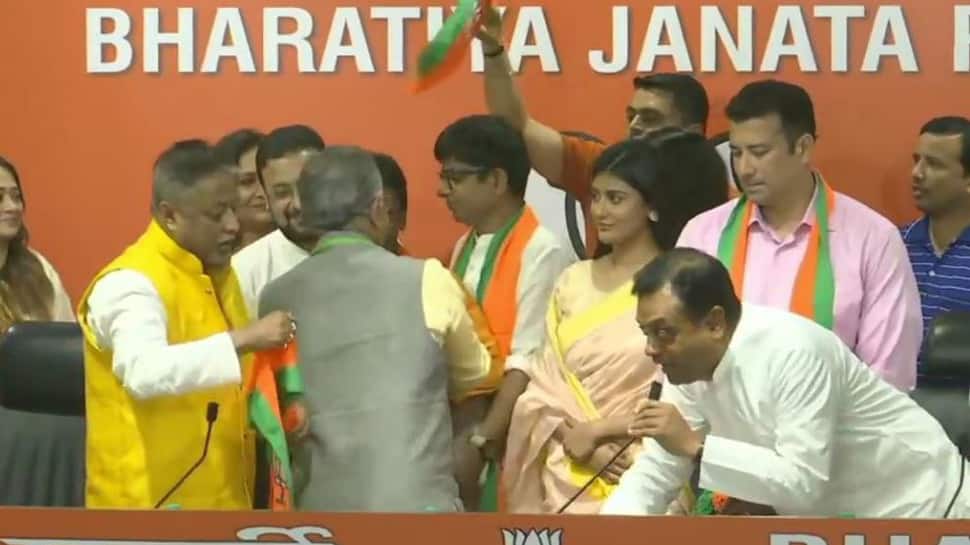 In a major boost for the BJP in West Bengal, 12 well-known Bengali actors on Thursday joined the BJP in presence of party leaders Mukul Roy and Dilip Ghosh.

The actors who have joined the BJP are Rishi Kaushik, Parno Mitra, Kanchana Moitra, Rupanjana Mitra, Biswajit Ganguly, Deb Ranjan Nag, Arindam Halder, Moumita Gupta, Anindya Banerjee, Sourav Chakravorty, Rupa Bhattacharya and Anjana Basu. All these actors are popular faces in the world of Bengali TV series and films and their inclusion in BJP is expected to help the party in 2021 assembly elections.

The new recruits came to Delhi from Kolkata and joined the BJP during a press conference. Ghosh, who is also West Bengal BJP chief, hailed the actors for joining the party and said that it is risky join the BJP in Bengal these days because the party members were being intimidated by ruling party in the state. "We bow to their courage, that in these circumstances they can even think of joining us," Ghosh said.

The inclusion of these popular faces is seen as the BJP's answer to the Trinamool's celebrity first-time MPs Mimi Chakraborty and Nusrat Jahan, who have managed to win the recently held Lok Sabha election quite convincingly.

Soon after the BJP recorded a stunning victory in 2019 Lok Sabha poll, winning 18 out of 42 seats, several leaders TMC, CPI(M) and Congress have joined the BJP. The thumping victory in Lok Sabha poll sent a clear message that BJP is now the main challenger for TMC in West Bengal and the saffron party is working overtime to defeat TMC in 2021 Assembly election and form the government in the state for the first time ever.