The BJP claims it has over 11 crore members and is one of the world`s biggest political parties. 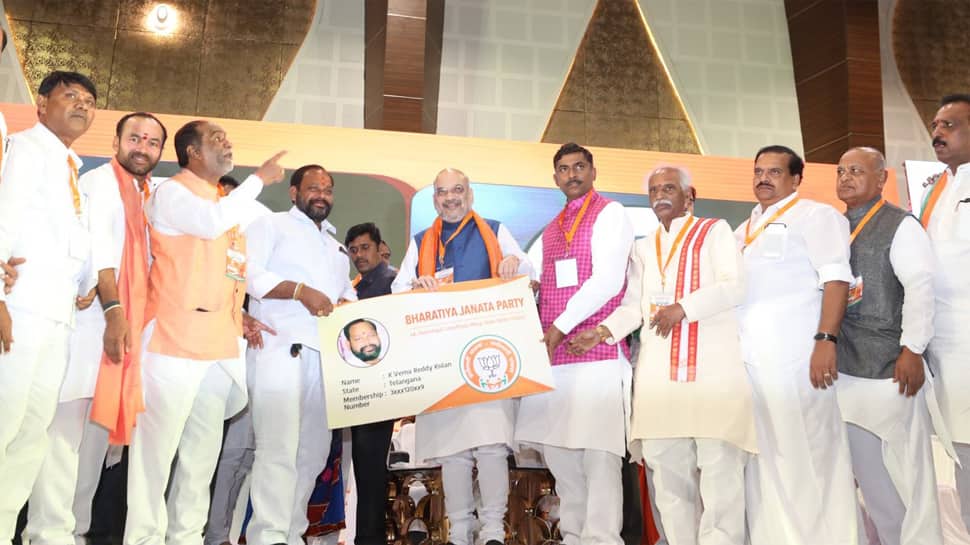 BJP Working President JP Nadda held a meeting with the office bearers of the Bharatiya Janata Party (BJP) and discussed the Assembly elections in Jharkhand, Haryana and Maharashtra where elections are due this year and in Delhi early next year.

The meeting lasted for over three hours. The meeting was supposed to be addressed by Union Home Minister and BJP President Amit Shah. "But he could not attend due to prior appointments," a party leader said.

The BJP claims it has over 11 crore members and is one of the world`s biggest political parties.

Chaudhary was the first to join as part of the BJP`s membership drive in the national capital.

She had campaigned extensively in Delhi during the Lok Sabha elections. In March, there was speculation that she had joined the Congress. But she denied this.

Milind Deora resigns as Mumbai Congress chief, may get a national role in party