Congress chief attacked the BJP govt for suppressing the voice of people opposing the CAA. 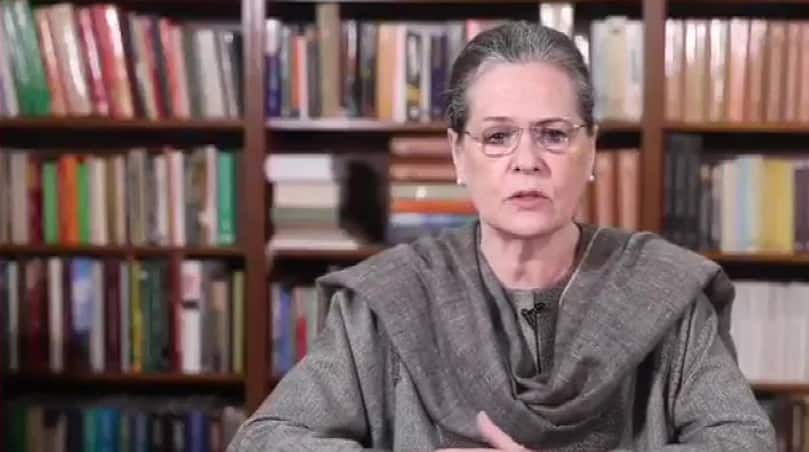 NEW DELHI: Amid the crackdown in the national capital and the Bharatiya Janata Party-ruled states on people agitating against the Citizenship Amendment Act (CAA), interim Congress president Sonia Gandhi on Friday said that the government can't suppress voice of people in a democracy.

''In a democracy, the people have right to raise their voice against policies of government and register their concerns. BJP government has shown utter disregard for people’s voices and chosen to use brute force to suppress dissent,'' Sonia Gandhi said in a tweet.

"There have been protests in the universities and academic institutions throughout the country against division agenda and anti-people policies of the BJP government. In a democracy, people have the right to raise their voice against policies of the government and register their concerns," said Gandhi in a video message.

The Congress chief said that the amended Citizenship Act is "discriminatory" and the National Register of Citizens (NRCO) will particularly hurt the poor.

"CAA is discriminatory and proposed nationwide NRC will particularly hurt the poor and vulnerable. Like demonetisation, people will have to stand in line to prove their citizenship along with their ancestors," Sonia said.

"People apprehensions are legitimate. Congress assures the people that it is fully committed to defend their fundamental rights and uphold foundational values of our Constitution," she added.

Meanwhile, West Bengal Chief Minister Mamata Banerjee on Friday alleged that the Centre is trying to divide the country and communities on religious lines through the new Citizenship (Amendment) Act (CAA) and asked people not to fall prey to the BJP`s attempts.

"BJP is trying to mislead you people using fake videos. But you should not pay heed to them," she told the gathering at Park Circus ground here. The Chief Minister alleged that BJP was trying to divide the country and communities on religious lines through the new law.

"You (BJP) are setting the country on fire," she said. She said that the BJP seeks to brand its opposers as "anti-national". Urging people to come together to protest against the CAA which grants citizenship to refugees of Pakistan, Afghanistan and Bangladesh who arrived in India until December 31, 2014, Mamata said that BJP cannot make people leave the country.

She said that the BJP-led Central government was trying to declare as infiltrators the people who voted it to power. "BJP is in the government because people voted for it and today, they tell citizens that they are infiltrators," she said.

The Chief Minister also announced to hold a rally against the CAA on Tuesday, a day after BJP working president JP Nadda`s proposed foot march in support of the Act.

Protests aginst the Citizenship (Amendment) Act, 2019, which seeks to grant citizenship to refugees from Hindu, Christian, Sikh, Buddhist and Parsi communities fleeing religious persecution from Pakistan, Afghanistan, and Bangladesh who entered India on or before 31, 2014, have turned violent resulting in several deaths across the country.