He also said that if law rules him as the main accused then he will surrender. 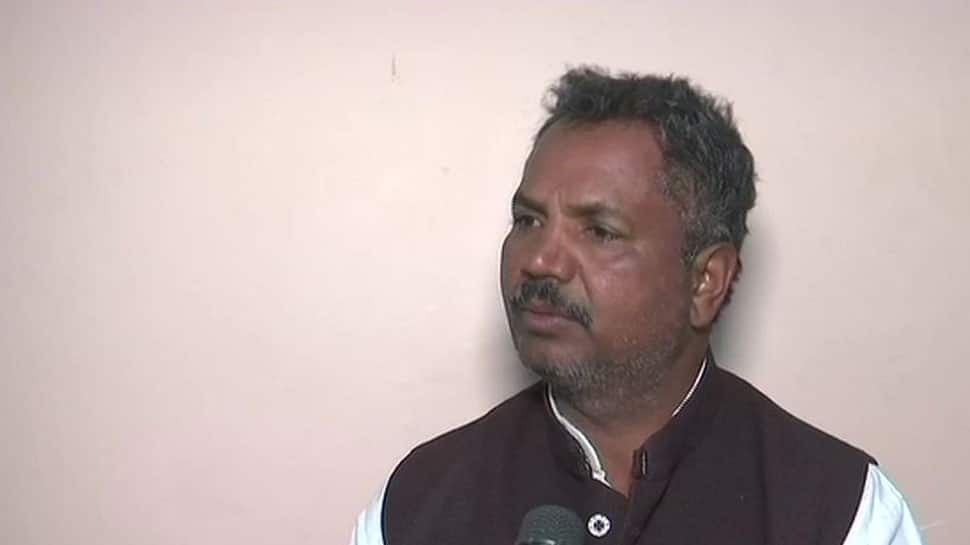 Days after a constable was killed by pelting stones by a mob in Uttar Pradesh's Ghazipur, Nishad party leader Arjun Kashyap, who is an accused, on Thursday blamed the BJP members as the main accused. He also said that if law rules him as the main accused then he will surrender.

He added that the members or supporters of his party might have resorted to stone pelting, however, he denied attacking policemen.

"BJP is in power. They've done it. Their people are the main accused. Our people also might have done it later, but stones were not pelted on policemen. If as per law, I'm the main accused, then I’ll surrender," said Kashyap.

He also held UP Chief Minister Yogi Adityanath of not fulfilling the demands of the people of Nishad community. "Even Yogi ji promised to fulfill the demands of Nishad community, but nothing has been done. There's no one in Lok Sabha or Rajya Sabha to raise our demands. We'll keep protesting till we get reservation for our people. If we don’t get our right, we'll form our own government," added the party leader.

The incident took place on December 29, while Constable Suresh Vats was returning from the venue of a public meeting addressed by Prime Minister Narendra Modi. According to Ghazipur Police, Constable Suresh Vats, 48, from Karimuddinpur police station was hit on the head by a stone when he went to end a traffic jam caused by the protests. He later succumbed to his injuries. Two other local residents were also injured in the stone pelting incident.

Superintendent of Police (Ghazipur) Yashveer Singh said the protesters were workers from the Rashtriya Nishad Party who were prevented by the administration and the police from going to the rally venue. "Police is not being able to protect their own. What can we expect from them? What will we do with compensation now? Earlier, similar incidents took place in Bulandshahr and Pratapgarh," VP Singh, son of deceased constable said.

Vat's death came less than a month after the killing of Inspector Subodh Kumar Singh, who was shot dead during mob violence in Bulandshahr district over alleged cow slaughter.