Ishrat Jahan filed the complaint at Golabari police in Howrah, accusing her brother-in-law and her landlord of abusing and threatening her for reciting Hanuman Chalisa. 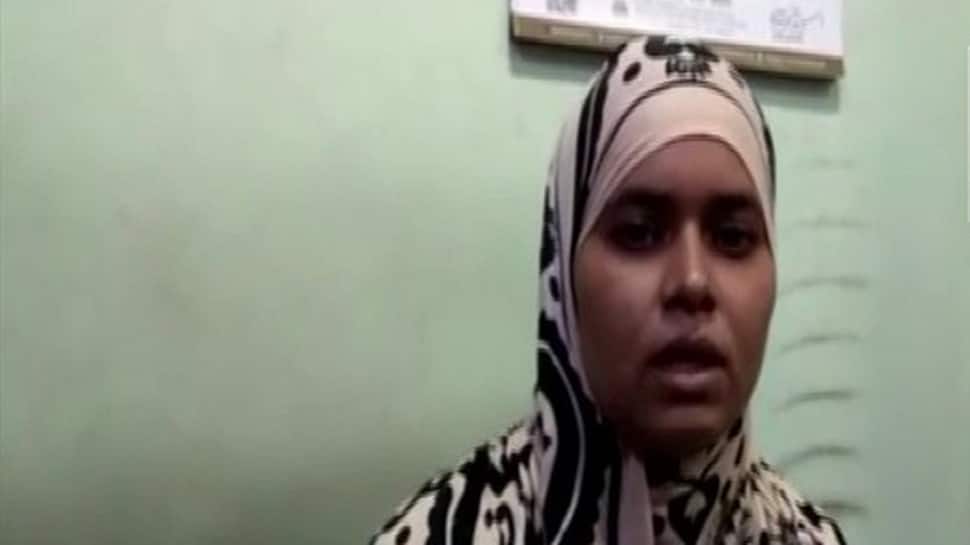 KOLKATA: West Bengal BJP leader Ishrat Jahan on Thursday filed a police complaint alleging that she was abused and threatened by some people for wearing hijab while reciting Hanuman Chalisa.

It is to be noted that Ishrat is also a petitioner in the triple talaq case in the Supreme Court. Ishrat filed the complaint at Golabari police in Howrah, accusing her brother-in-law and her landlord of abusing and threatening her for reciting Hanuman Chalisa. She also told the police that she was threatened by hundreds of people in Golabari while she was returning home from her son's school on Wednesday for attending the recital in a hijab.

In her complaint, Jahan wrote: "I wish to say that we are living in a secular country and it is our democratic right to take part in any holy festival… I did my duty as a good citizen of my country. I am a secular person. However, I am facing life threats from my family members due to the same."

"They said that I demeaned the Muslim community as I attended the function in hijab… A group of people gathered outside my house and asked me why I went to attend a Hanuman Chalisa Path event wearing hijab," news agency ANI quoted Jahan as saying.

Ishrat added that the mob asked her to leave the house immediately or else they will throw her out of the house forcefully. "I am receiving death threats. I demand protection. I live alone with my son, anything can happen to me anytime," she told ANI. Meanwhile, police said that they have started a probe in this matter and action will be taken after thorough probe.

Commenting on the incident, Bengal BJP president Dilip Ghosh said that Ishrat has every right to do what she wants to and no one can stop her from doing what she wants. Ghosh also took a dig at West Bengal Chief Minister Mamata Banerjee and said that no one says anything when Mamata and other TMC leaders offers namaz to appease the Muslim voters.

Pakistan lying due to its own compulsions: MEA on ICJ verdict on Kulbhushan Jadhav