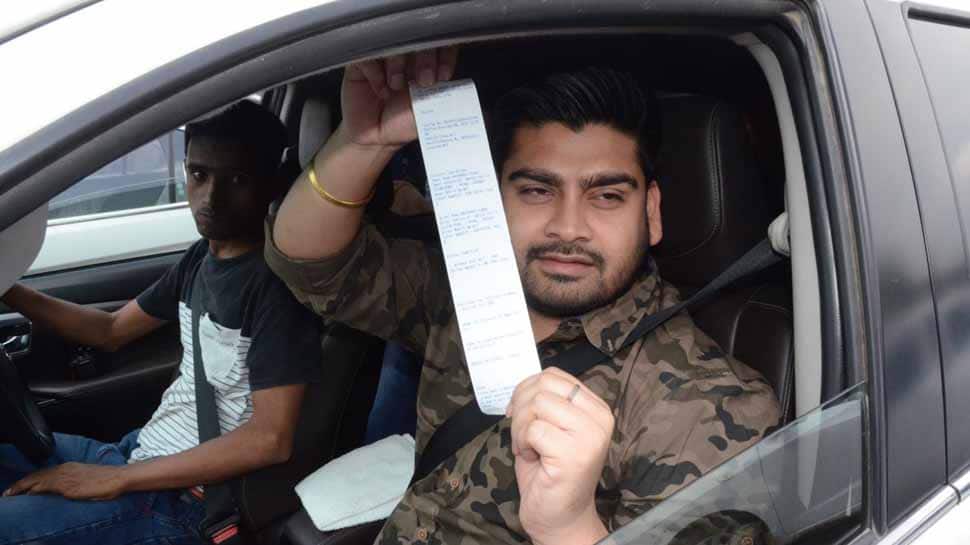 The provisions of amended Motor Vehicles Act, which was implemented from September 1, 2019, are being followed strictly by several states in the country and the traffic police officers in different parts of the country are ensuring that everyone is following the rules or else facing the penalty.

In Bihar's capital Patna too, the traffic police is making all efforts to implement the rules in its letter and spirit and traffic policemen are not sparing even powerful people who are caught flouting the rules.

The traffic police did not allow the vehicle to move from the spot for around half an hour but the minister's son left from the spot after the police failed to take any action against them. When Patna Police Commissioner Anand Kishore was informed about this incident, he took action against three police officers and suspended them for dereliction of duty.

In other incident of traffic violtion by high-profile people, the son of Pataliputra MP and BJP leader Ram Kripal Yadav was stopped by traffic police for moving around a vehicle with black films on its windows. The traffic police held Yadav's son Abhimanyu guilty of violating the law and issued him a challan of Rs 1,000. Talking to Zee News, District Transportation Officer Ajay Tahkur said that law is same for everyone and the administration will not take action on the basis of the profile of the traffic violators.

Interestingly, Patna police is unaware of the amended Motor Vehicles Act as many policemen were spotted without helmet on bike and without seat belt in their cars near police line. Some policemen were also spotted talking to traffic policemen without wearing helmet but they did not face any action.