Delhi BJP leader Vijender Gupta on Tuesday filed a defamation complaint in a court here against Delhi Chief Minister Arvind Kejriwal and his deputy Manish Sisodia for allegedly "maligning" his image by accusing him of attempting to kill the AAP chief. 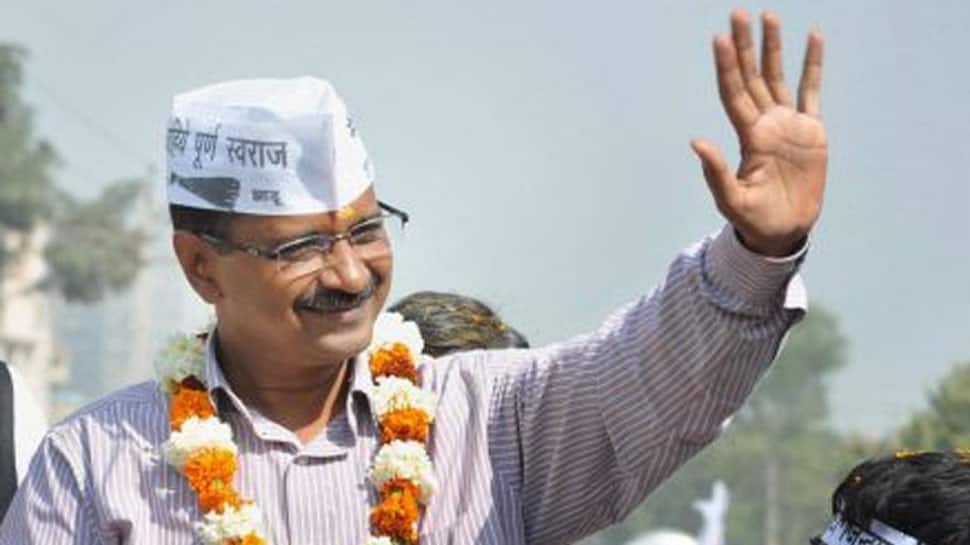 New Delhi: Delhi BJP leader Vijender Gupta on Tuesday filed a defamation complaint in a court here against Delhi Chief Minister Arvind Kejriwal and his deputy Manish Sisodia for allegedly "maligning" his image by accusing him of attempting to kill the AAP chief.

The case will come up for hearing before Additional Chief Metropolitan Magistrate Samar Vishal on June 6. In the complaint, Gupta, who is the Leader of Opposition in Delhi Assembly, has sought Rs 1 crore as compensation from Kejriwal and Sisodia, besides litigation costs.

He claimed that due to the widespread circulation of tweets and news reports on the statement of the two Aam Aadmi Party (AAP) leaders, his reputation was harmed for which they have not expressed any remorse or apologised.

"The accused persons have damaged the complainant's image, image of BJP and its leaders, supporters and workers badly and have tarnished his reputation and defamed him by making frivolous and scandalous statements against him and the BJP," Gupta claimed in the complaint.

He alleged the statements of the accused were made with "ulterior motives" to degrade his reputation, malign his image and gain some cheap political mileage in the 2019 general elections.

"It was also apparent that false narrative against the complainant was being circulated in a motivated manner and for the fulfilment of an agenda," he claimed.

Gupta said the allegation that he was attempting to murder Kejriwal was malicious, deliberate and defamatory. "These allegations are not only awful and disquieting but distressing and defaming. The complainant can't even think of hurting someone knowingly and voluntarily much less planning to assassinate/kill/murder Kejriwal," he said.

A legal notice was also sent to the two political leaders wherein they were called upon to immediately withdraw their tweets and apologise within a day's time, the complaint said.

During the Lok Sabha polls, the Delhi chief minister had said in an interview to a Punjabi channel that the Bharatiya Janata Party (BJP) wanted to get him killed by his own Personal Security Officer (PSO) in the manner in which Indira Gandhi had been assassinated.

Countering the charge Gupta had tweeted, "Before the slapgate on May 4, @ArvindKejriwal asked the liaison officer to lift the security cover around his vehicle. The chief minister's instruction is registered in the roznamcha (police diary). The AAP could not receive electoral gain out of it because I exposed this, so out of frustration Kejriwal is saying that his PSO reports to the BJP."

Deputy Chief Minister Sisodia shot back and accused Gupta of being a part of the conspiracy to kill Arvind Kejriwal.

"BJP is conspiring to get the CM killed. This tweet by @Gupta_vijender has proved that the BJP is getting the daily security plan of the CM and it is hatching a conspiracy to kill the CM on this basis. Vijender Gupta is also a part of this conspiracy," he said quoting Gupta's tweet.

Earlier in the day, Gupta tweeted, "I have filed a defamation case in Patiala House court against them (Kejriwal and Sisodia) as they did not reply to my legal notice."