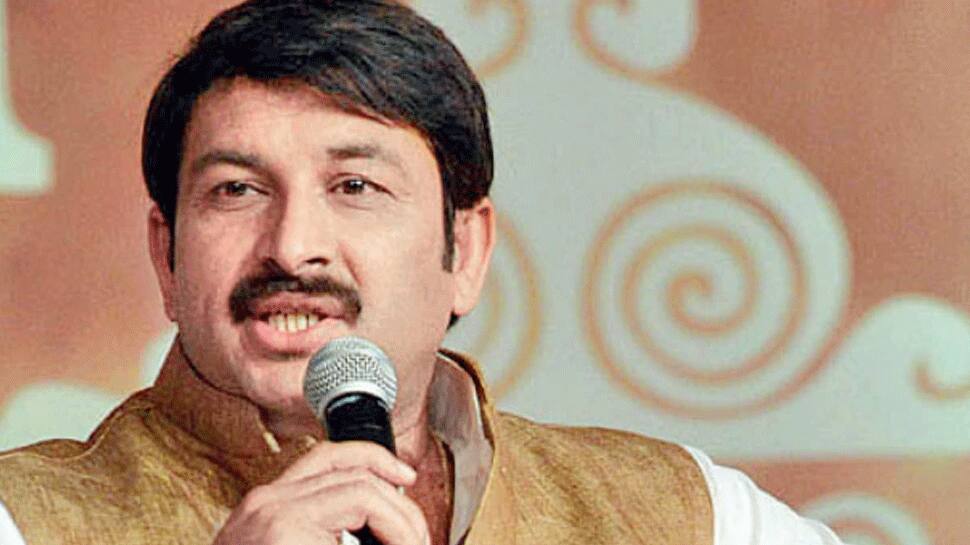 After the meeting at the Ministry of External Affairs, BJP leader Ramesh Bidhuri was quoted by news agency ANI as saying, "“It was party's internal meeting to discuss ways of serving the people of the capital city in a better way."

Delhi: Delhi BJP leaders leave after meeting the Union Home Minister Amit Shah at Ministry of Home Affairs.
Ramesh Bidhuri (in pic 3) says, “It was party's internal meeting to discuss ways of serving the people of the capital city in a better way." pic.twitter.com/z0zQ4Xy41w

Asserting that NRC could be an "effective weapon to fight terrorism", Tiwari had earlier said that the intruders who enter Delhi illegally poach on the rights of the citizens of the national capital and are a threat to Delhi's internal security.

The actor-turned-politician further advocated NRC and said, "with the implementation of NRC, people of Delhi will start getting better facilities."

Earlier, the BJP leader claimed that the situation in Delhi was becoming "dangerous", and said it was "necessary to have NRC in the time to come. “Those who have come illegally will have to go back. The citizens of the country don't need to worry. With the initiative taken by the Home Ministry, we will be able to stop terrorism and reduce crimes. It is very important to have NRC in Delhi,” said Tiwari earlier on Saturday.

Tiwari's comments come in the backdrop of Assam government publishing the final NRC list on Saturday. A total of 3,11,21,004 persons were included in the final list while 19,06,657 persons were let out, including those who did not submit their claims. Those not satisfied with the outcome can file an appeal before Foreigners Tribunals, said Prateek Hajela, State Coordinator, NRC.

After the list came out, other voices also called for a similar exercise in other parts of the country. Resonating Tiwari's demand, Uddhav Thackeray-led Shiv Sena on Saturday also called for implementing NRC in Mumbai.

Shiv Sena leader and Union Minister Arvind Sawant pressed for holding an Assam-like exercise in Mumbai to weed out a large number of illegal immigrants living in the metropolitan city. Driving his point home, the Sena leader said that his party was the first to have raised the issue of illegal Bangladeshi immigrants residing in India.