Earlier on Saturday, Trinamool Congress MP Kakoli Ghosh Dastidar, who is also under the CBI scanner in this case, accepted that she had received money from Samuel Mathew, the editor of Narada News portal. 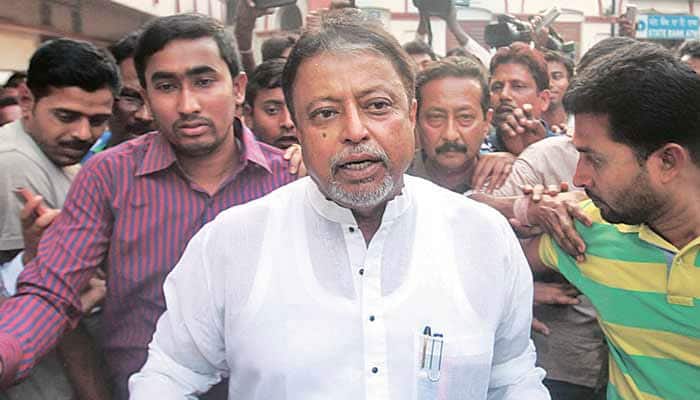 NEW DELHI: Senior West Bengal Bharatiya Janata Party (BJP) leader Mukul Roy on Saturday appeared before the Central Bureau of Investigation (CBI) for interrogation in the Narada sting case and slammed West Bengal Chief Minister Mamata Banerjee of hatching conspiracies against him to end his political career. Talking to media outside CBI headquarters, Roy said, "It is a conspiracy of Mamata Banerjee. She got her cop (SMH Mirza) arrested to take my name in the case. I will continue to cooperate with the investigations. I am not involved in this as you can clearly see from the video."

Earlier on Saturday, Trinamool Congress MP Kakoli Ghosh Dastidar, who is also under the CBI scanner in this case, accepted that she had received money from Samuel Mathew, the editor of Narada News portal. According to news agency ANI, the TMC from Barasat in West Bengal had categorically denied receiving this money as a 'kickback' and instead called it a donation.

“I accept that I had taken donations from Mathew Samuel, I have receipts too. All political parties accept donations to fight elections. I have taken money as donation for election and I have declared it to Election Commission,'' the TMC MP was quoted as saying by ANI.

The CBI had subsequently booked 12 top TMC leaders, including MPs and West Bengal ministers, and an IPS officer. An FIR was lodged for alleged criminal conspiracy under the provisions of the Prevention of Corruption Act dealing with bribery and criminal misconduct.

On Thursday, the CBI hd arrested suspended IPS officer SMH Mirza in connection with this case. Mirza is the first person to be arrested in connection with the sting operation case. The CBI had registered a preliminary enquiry in this case in March, 2017. The preliminary enquiry (PE) was registered following the directions of a division bench of the Calcutta High Court, comprising of acting Chief Justice Nishita Mhatre and Justice T Chakraborti. The bench had earlier directed the CBI to register the PE and submit its report before the court.