The BJP leader has been accused of sexual harassment and the woman who accused him has suggested that evidence pertaining to the case might have been tampered with. 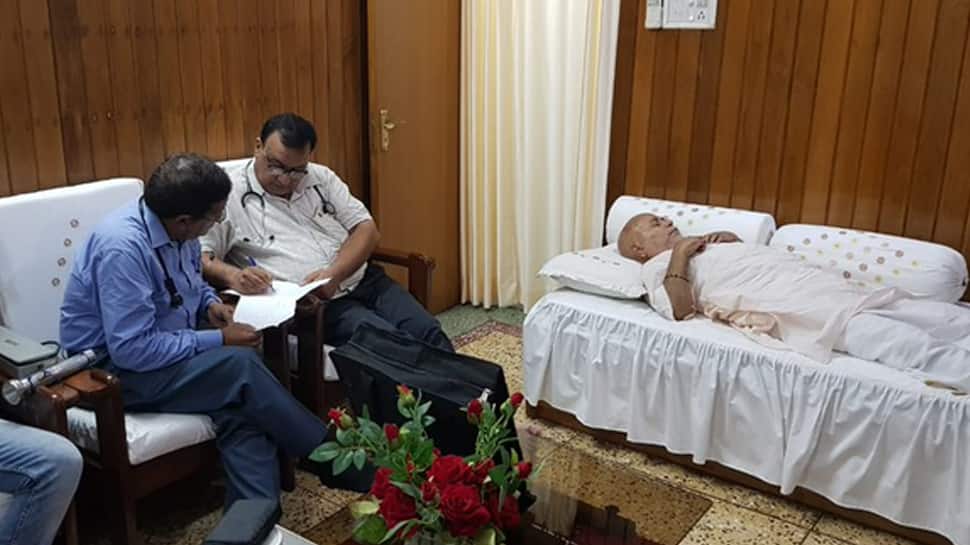 The health condition of Bharatiya Janata Party (BJP) leader Swami Chinmayanand deteriorated on Monday. After he complained of chest pain he is being attended to by a team of six people including three doctors. The treatment is going on at his residence, Divya Dham, in Shahjahanpur district of Uttar Pradesh.

The BJP leader has been accused of sexual harassment and the woman who accused him has suggested that evidence pertaining to the case might have been tampered with.

Speaking to mediapersons on Saturday, the woman alleged that when she was taken to Chinmayanand’s ashram by the special investigation team (SIT), which is probing the case, she discovered that the arrangements at the site of the crime had been altered.

Shahjahanpur: Swami Chinmayanand, accused of sexually harassing a law student, is being attended to by a team of doctors at his residence Divya Dham after he complained of some health problems. pic.twitter.com/gCncU6kPc2

The woman, however, expressed confidence over the investigation into the case, saying she had full trust on the SIT. She further expressed hope for speedy justice in the case.

Earlier in September, the Supreme Court had directed the Uttar Pradesh government to constitute an SIT to carry out the investigation under the supervision of the Allahabad High Court.

A Supreme Court bench comprising Justice R Banumathi and Justice AS Bopanna had taken up the suo moto case following news reports which claimed that a female law student had been missing after alleging that she was sexually harassed by Swami Chinmayanand. She was a student of Swami Shukdevanand Law College in Uttar Pradesh's Shahjahanpur and Swami Chinmayanand is the director of the institute

The girl was found in Jaipur, the capital of Rajasthan, and produced before court the same day. She refused to go back to her parents in Shahjahanpur following which the apex court directed Delhi Police to ensure her stay at All India Women's Conference (AIWC) hostel or YMCA for four days and provide her security. According to the girl, she will meet her parents in Delhi and only then decide on her future course of action.

She had gone missing on August 24, 2019, after posting a video on social media in which she had appealed to Prime Minister Narendra Modi and Uttar Pradesh Chief Minister Yogi Adityanath for help.