Questioning what has been done to provide assistance to farmers here, BJP's Rajendra Rathore said the Congress has been unable to fulfil its promises since forming the state government under Ashok Gehlot. 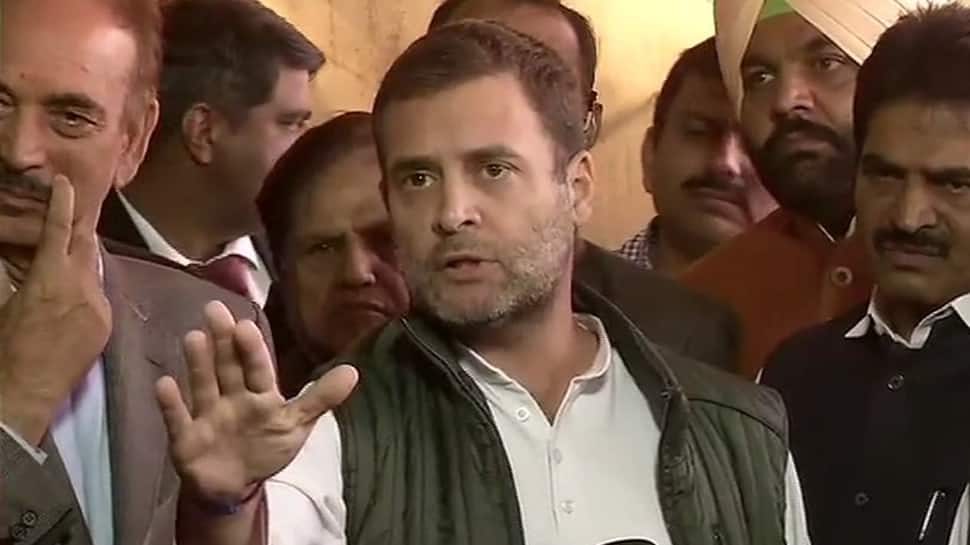 Jaipur: With Rahul Gandhi scheduled to visit Jaipur on Wednesday, BJP's Rajasthan unit has mounted a frontal attack on Congress and accused the party of having let down farmers in the state despite its pre-poll promises.

Questioning what has been done to provide assistance to farmers here, BJP's Rajendra Rathore said the Congress has been unable to fulfil its promises since forming the state government under Ashok Gehlot. "What will Rahul Gandhi tell the people of Rajasthan when he comes here? Congress government here has not clarified its position on farm loan waivers despite making tall promises before the elections," he said.

Rathore also said that the Congress had given a figure of Rs 18,000 crore as the total amount owed by Rajasthan farmers to various banks. "The amount due is Rs 99,000 crore, where has this amount of Rs 18,000 crore that the state government has cited come from? he asked.

Congress managed to bring down the Vasundhara Raje government in the recent assembly elections in Rajasthan. The main highlight of its manifesto - also cited as one of the reasons for the eventual win - was farm loan waivers. Much like in the states of Madhya Pradesh and Chhattisgarh where Congress managed to script wins, Rajasthan too announced waivers on short-term crop loans. While BJP has questioned the concern shown by the Congress for farmers and has said that the party is guilty of showing false dreams, economists too are not too enthusiastic about farm loan waivers. Many, including former RBI governor Raghuram Rajan, have said states like MP and Rajasthan have low fiscal room to implement such waivers.

Waiving off farm loans on a national scale, however, is likely to figure prominently in Rahul Gandhi's demands from the Centre when he comes calling in Jaipur. This even as BJP's Rajasthan unit continues to attack the Congress on work done at the ground level since forming the government.