There were around 80-100 TMC supporter who were allegedly drunk and started shouting slogans as soon as they came across the MP's convoy. Raju Bista claimed the TMC supporters not only stopped the vehicle but they also pelted stones and tried to physically attack him and his people using sharp weapons. 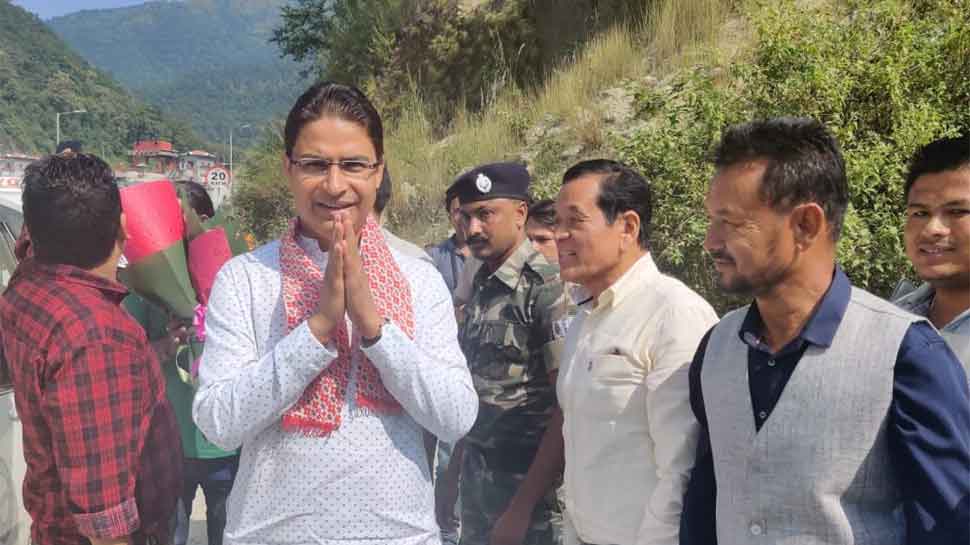 Sinji: BJP MP Raju Bista was allegedly attacked on Tuesday while he was on his way to inaugurate a school function in Sinji, Darjeeling. The attackers were allegedly TMC supporters who stopped the MP's convoy and started pelting stones at them. Bista was going to inaugurate the golden jubilee event of Sinji Primary School when the incident took place.

The press release from Raju Bista's office stated that there were around 80-100 "TMC goons who were drunk and started shouting slogans as soon as they came across the MP's convoy". They not only stopped his convoy but also pelted stones at them and tried to physically attack the BJP leader and his people using sharp weapons. The attack left many BJP and ally GJM workers injured who accompanied the MP for the event.

According to the information shared, Bista's private security officer was stuck on the chest and upper body while he tried to protect the MP. His personal security officer was also injured in the attack. ''This attack wouldn’t have been possible without the tactical support of West Bengal Police," Bista claimed.

According to Bista, the attack was planned to prevent him from executing his parliamentary duties smoothly.

He has asked West Bengal Home Secretary and West Bengal Director General of Police to instruct Kalimpong Police to provide adequate security to prevent the occurrence of any such incident in the future.

Besides being a Member of Parliament Bista is also the managing director of Surya Roshni Ltd, a company which manufactures fans, steel, lighting, LED and PVC pipes.