The MP from Hoogly constituency Locket Chatterjee was going to attend Gandhi Sankalp Yatra when her convoy came across Congress protestors who were demanding the release of their leader Sanmoy Banerjee who was arrested a few days back for criticizing TMC. 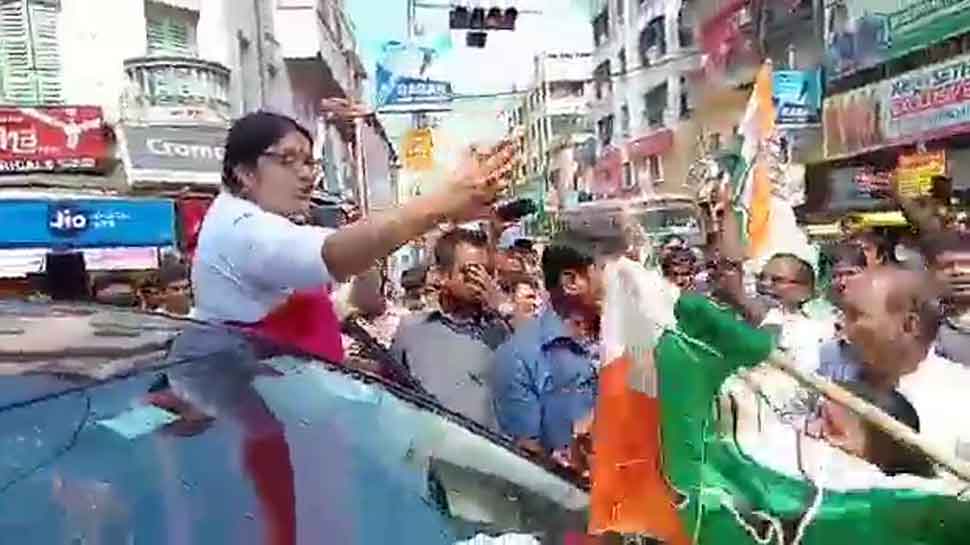 According to reports, the BJP MP was going to attend the Gandhi Sankalp Yatra during which her convoy was intercepted by the Congress protestors who were demanding the release of their leader Sanmoy Banerjee who was arrested a few days back for criticising the ruling TMC.

It may be noted that the party had staged protest demanding the release of Bengal Congress leader in almost every district of West Bengal.

On seeing the BJP MP, the Congress protesters stopped her cavalcade and then gheraoed the car.

The Congress workers also allegedly raised slogans against BJP MP, which triggered a scuffle between BJP supporters and Congress supporters.

This lead to a fight-like situation between members of both the party and later police had to take charge of the incident.

The Bengali actor-turned-politician later accused the Congress party and said, ''Congress has no existence in Bengal. Sometimes they are seen supporting the TMC and some other time, they stand in support of CPM.''

However, the Congress protestors claimed that the BJP workers tried to attack them and the Bengal Police did nothing and were seen taking the sides of the BJP people.