Om Birla was elected unopposed after Congress-led UPA and other major parties backed his candidature in the election on Wednesday. 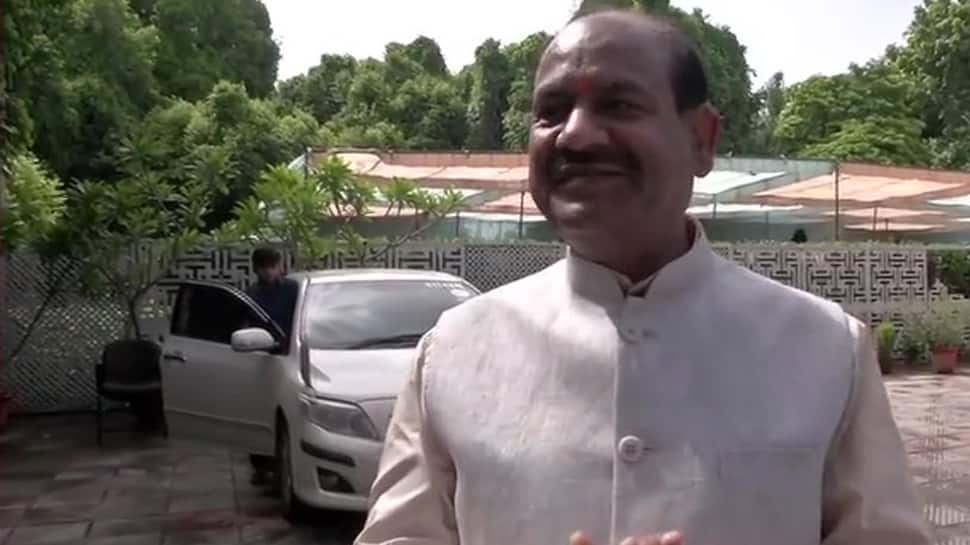 Bharatiya Janata Party MP Om Birla has been elected the Speaker of the 17th Lok Sabha. He was elected unopposed after Congress-led UPA backed his candidature in the election on Wednesday. Birla is a two-time BJP member from Kota in Rajasthan. Birla was elected to the 17th Lok Sabha from Kota where he defeated Congress` Ramnarain Meena by over 2.5 lakh votes.

Congratulating Birla, Prime Minister Modi who had proposed his name for the post, said: "It is a matter of great pride for the House and we all congratulate Om Birla Ji on being unanimously elected as the Speaker of the Lok Sabha. Many MPs know Birla Ji well. He has served in the state of Rajasthan as well."

"Personally, I remember working with Om Birla Ji for a long time. He represents Kota, a place that is mini-India, land associated with education and learning. He has been in public life for years. He began as a student leader and has been serving society since then without a break," he said.

In the last Lok Sabha, the 56-year-old was a member of the Standing Committee on Energy in Parliament and member of Committee on Petitions and Consultative Committee for Ministry of Social Justice and Empowerment. He has also been in charge of the organisational revamp in 2018 when the then Rajasthan Chief Minister Vasundhara Raje was drawing flak from the public. He also served as a Member of Assembly in Rajasthan for three terms and was a parliamentary secretary in the government of Vasundhara Raje between 2003-08.

A low-profile leader, Birla has been active in politics from his student days and served as state unit president of the Bhartiya Yuva Morcha in 1991 and as vice-president at the national level. Born on 23 November 1962, he completed his Masters in Commerce from Government Commerce College, Kota and the Maharshi Dayanand Saraswati University, Ajmer.

The post of Lok Sabha Speaker has been held with women for the past 10 years. In 2009, Meira Kumar became the first woman to be elected to the post during the regime of UPA-2 while the NDA followed the suit by nominating Sumitra Mahajan in 2014.