Misa, who is now a Rajya Sabha MP, made the controversial statement while addressing her party supporters at a village near Patna. 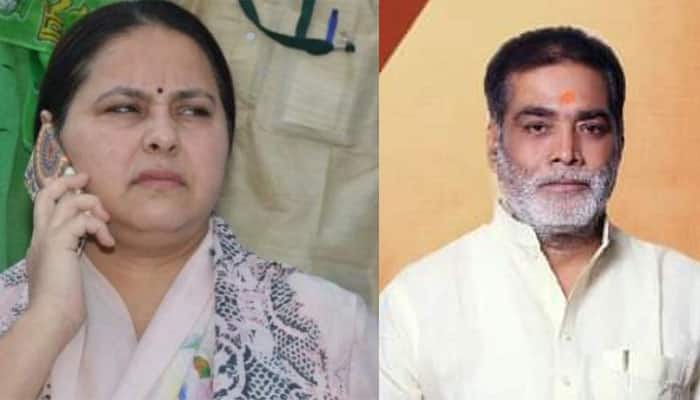 PATNA: The BJP on Saturday slammed  RJD supremo Lalu Prasad's eldest daughter Misa Bharti for her remarks that she wanted to chop off BJP leader and Union minister Ram Kripal Yadav's hands after she came to know that Yadav had decided to join the BJP ahead of the 2014 General Elections.

It may be recalled that Yadav had defeated Bharti from Pataliputra in 2014 Lok Sabha polls. Misa, who is now a Rajya Sabha MP, made the controversial statement while addressing her party supporters at a village near Patna.

"He (Ram Kripal Yadav) used to cut the chaff. We had huge respect for him. However, we stopped respecting him when he went on to join hands with Sushil Kumar Modi. At that time I felt like cutting his hands from the same chaff cutting machine," Bharti said.

Ram Kripal was a close confidant of Lalu Prasad and was the RJD MP from the now abolished prestigious Patna Lok Sabha seat three times. In 2009, when Patna was split into Patna Sahib and Pataliputra seats after delimitation, Yadav was interested in contesting from Pataliputra but he was not given the ticket as Lalu Prasad decided to contest from Pataliputra though he ended up losing.

The RJD chief, however, placated Ram Kripal by sending him to Rajya Sabha. However, in 2014 when Lalu Yadav was was disqualified following conviction in a fodder scam case, Ram Kripal thought that the seat will be given to him but Lalu chose to field Misa Bharti from that seat. This did not go down well with Ram Kripal, who then decided to join the BJP. BJP spokesman Nikhil Anand said in a statement that Misa should issue a public apology with folded hands to Ram Kripal Yadav.

Meanwhile, RJD national spokesman and Rajya Sabha MP Manoj Jha tried to defend Misa saying that she has only expressed her pain over Ram Kripal's action. He added that the expression haath kaat dena should not be taken literally as it was just used by her as a metaphor.