The spat between the two parties continued for over 10 minutes as Speaker Om Birla watched silently. 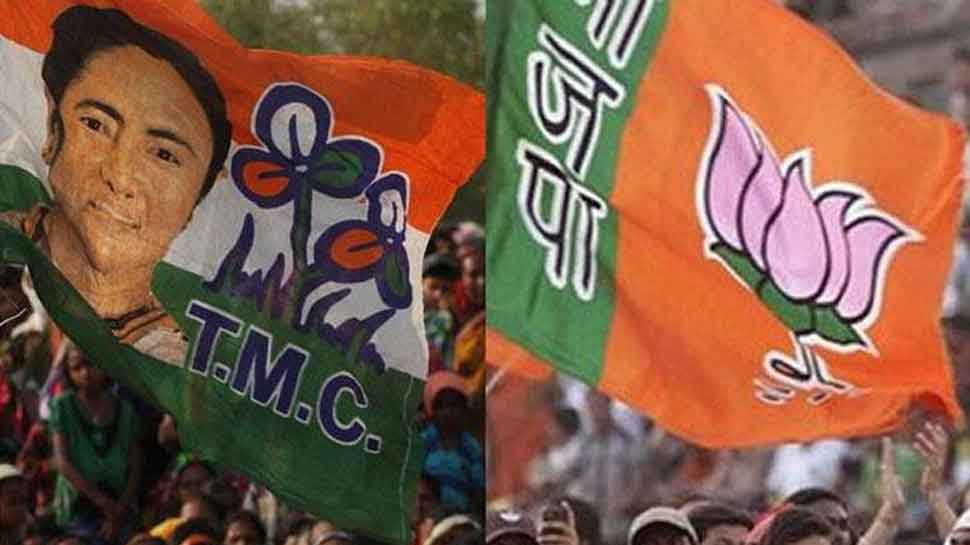 New Delhi: The Lok Sabha on Friday was astir over indefinite protests by para-teachers in West Bengal with the treasury benches alleging Chief Minister Mamata Banerjee`s failure to deal with the issue and Trinamool Congress members rejecting any blame.

Bharatiya Janata Party member and MP from West Bengal`s Hoogly constituency, Locket Chatterjee, raised the issue during zero hour, saying the strike was on for the last 12 days and a para-teacher had died. Many protesters have also been hospitalized, he said.

"What is the future of children when teachers are on strike? The Education Minister has not replied and the Chief Minister has not spoken even a word over it. If the protest goes on like this, many teachers will die," said Chatterjee.

Agitated Trinamool Congress MPs came up to the front row rejecting allegations of the BJP lawmaker.

The spat between the two parties continued for over 10 minutes as Speaker Om Birla watched silently. When Chaterjee finished her statement, Birla requested other members to go back to their seats.

"I want to put on record that whatever the BJP MP stated, I completely disagree with that. It is a lie."

"This is not the first time that BJP MPs have resorted to lies on the floor of the House, Mondal said.

It is learnt that leader of Trinamool Congress Parliamentary Party in Lok Sabha Sudip Bandyopadhyay has written a letter, signed by other MPs of the party, to the Lok Sabha Speaker highlighting BJP`s "falsehood".

The letter was handed over to Birla on Friday and the Speaker was requested to take immediate action.

The para-teachers who assist in teaching in schools and are not full-time teachers in West Bengal are protesting against the state Education Department`s policies on wages.

Thousands of para-teachers from all parts of the state have been protesting under the banner of Para Teachers` Aikya Mancha in front of Bikash Bhavan, demanding that the government introduce pay bands for their salaries and promote them to the pay scale of assistant teachers.

Over 30 para-teachers have been on an indefinite fast since November 16.

The para-teachers say that their Rs 10,000 monthly salary in primary schools and Rs 13,000 in higher secondary schools is too meagre.