BJP will form stable govt with 'some friends' in Jammu & Kashmir: Ram Madhav

Due to the special circumstances in the state, "we have no hesitation in joining hands with others" to form the government, he said. 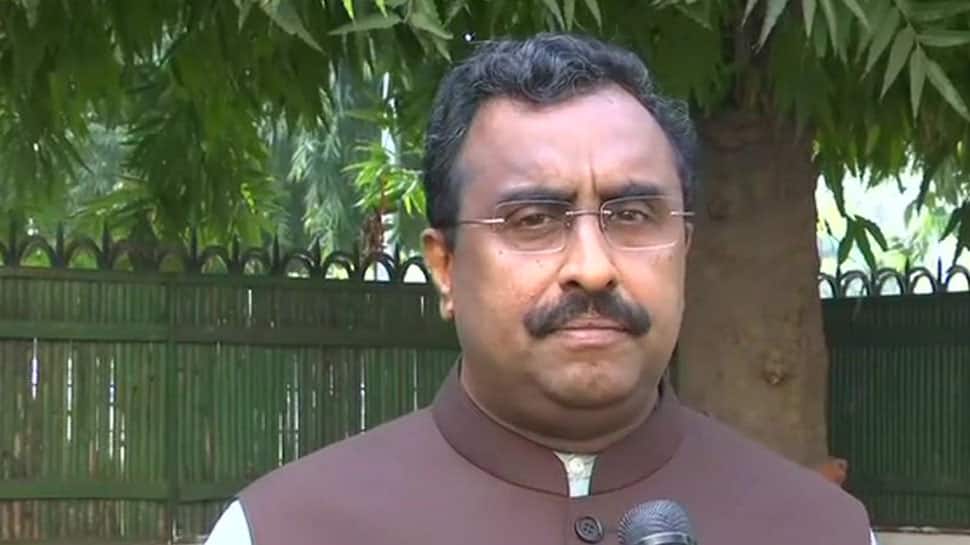 JAMMU: BJP general secretary Ram Madhav on Sunday said while his party would most likely go it alone in the upcoming Jammu and Kashmir assembly elections, it would form a "stable government with some friends" in the state after the polls.

He said his party would contest all seats in the state.

"There is the least possibility of a pre-poll alliance with any party for the assembly elections in the state. The BJP will emerge (as) the largest party after the elections and will give a stable government to the people with some friends," Madhav told reporters here.

Due to the special circumstances in the state, "we have no hesitation in joining hands with others" to form the government, he said.

Talking about the Bharatiya Janata Party's (BJP) erstwhile ruling alliance with the Peoples Democratic Party (PDP), he said, "After elections we formed an alliance, but today again the BJP is going it alone in the elections."

The BJP leader said Prime Minister Narendra Modi will kick start the party's campaign for upcoming parliamentary and assembly polls in the state during his visit on February 3.

"While the parliamentary elections are scheduled for April-May, the BJP is ready for the assembly polls in the state as well. It is up to the Election Commission to decide whether the two polls are held together or separately," Madhav said.

The Election Commission had in November last said fresh elections in Jammu and Kashmir would be held within the next six months. The state is currently under President's rule.

Madhav dismissed allegations that the BJP did not favour assembly polls in the state.

"There is no truth in the rumours being spread that the BJP is not in favour of early assembly polls in the state," he said.

He claimed some other parties wanted the polls to be deferred as they feared losing.

Asked about the PDP expelling former minister Altaf Bukhari, Madhav said,?"I don't want to talk about internal matters of another political party, but I must underscore one point here that he is the same leader who was projected as the chief minister of the combined opposition when they (PDP, Congress and National Conference) were trying to form the government in the state just a couple of months ago."

Speaking about rehabilitation of Kashmiri Pandits, Madhav said the BJP has prepared a roadmap for the community's return and rehabilitation and it will be implemented only when the situation in the Valley turns conducive.

"We had identified land at five places in the Valley for pandit townships..But due to various reasons, it could not materialize, the biggest being the prevailing security situation in the Valley," he said.

The BJP leader said the party was bound by its promise to Kashmiri Pandits and when the situation improves, it will take the community's leadership into confidence and move forward.

Asked about the problems being faced by West Pakistan refugees in getting the benefits of a rehabilitation package announced by the Centre, Madhav said every attempt will be made to address any difficulty faced by the community.

"We will ensure that the refugees get relief and will look into the procedure to make it easy for them as we did in the case of displaced people from Pakistan-occupied Kashmir," he said.