According to police, Shikhar was allegedly involved in instigating the mob which went on a rampage on December 3 killing the police officer. 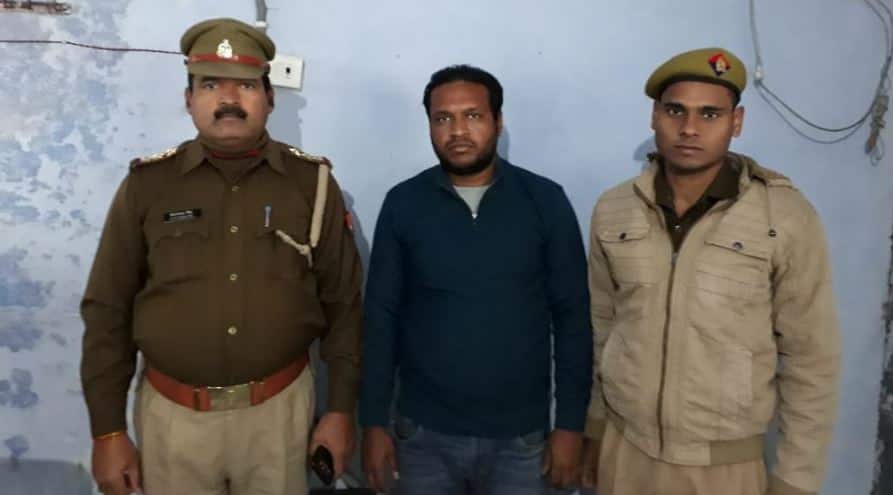 BJP Yuva Morcha leader and one of the main accused in Bulandshahr violence, Shikhar Aggarwal, was arrested from Hapur, Uttar Pradesh, in the early hours of Thursday.

On December 3, violence erupted in Bulandshahr which resulted in the murder of Inspector Subodh Singh and a youth named Sumit Kumar.

"He was arrested this morning. We are interrogating him and produce him in the local court later today," Additional Superintendent of Police (Bulandhshahr city) Atul Kumar Srivastava told PTI.

According to police, Shikhar was allegedly involved in instigating the mob which went on a rampage on December 3 killing the police officer and setting on fire a police post and a number of vehicles.

The police took more than a month to arrest Shikhar though he kept on uploading his videos on social media claiming innocence in the whole incident. Shikhar also gave interviews to several TV channels while in hiding.

Agarwal had said in one of his interviews that it was the slain inspector “who created tension by stopping him and others from taking some carcasses to the Chingrawathi police post for filing an FIR over the alleged cow slaughter,” as reported by PTI.

A mob of around 500 people, most of them right-wing activists, clashed with the police in Siana area of Bulandshahr district on December 3, after allegedly discovering cow carcasses thrown in a nearby jungle. It is to be noted that Inspector Subodh once investigated Akhlaq lynching case.

Siyana Police Station had registered an FIR against 27 named people and 50 to 60 unidentified people for the violence.

Local Bajrang Dal leader Yogesh Raj, also a key suspect in the case, was arrested by the police on January 3. The police said that over 35 people have been arrested so far in connection with the case, including Army jawan Jeetender Malik, Prashant Nat who allegedly shot the inspector dead and Kalua who had attacked him with an axe.