BJP leader Khushbu Sundar took to social media to inform that she had met with a car accident near Melmarvathur in Tamil Nadu, she said she was safe and continuing onwards with her journey. 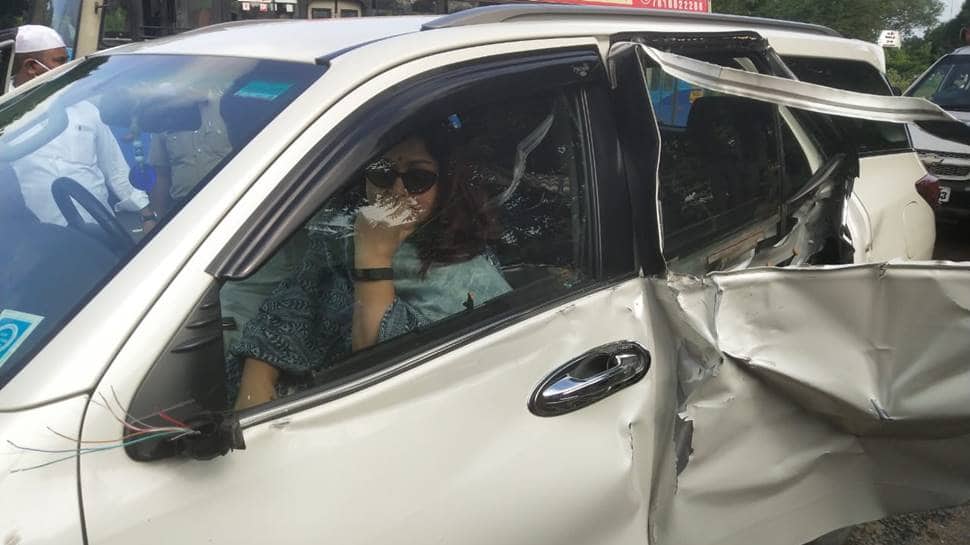 The actor tuned politician informed on Twitter, that she was on her way to Cuddalore to participate in Vel Yatra when a tanker rammed into their car. She further said that she was safe and was continuing with her journey.

"Met with an accident near Melmarvathur..a tanker rammed into us. With your blessings and God's grace I am safe. Will continue my journey towards Cuddalore to participate in Vel Yaatrai. Police are investigating the case. Lord Murugan has saved us. My husband's trust in him is seen," she worte.

Met with an accident near Melmarvathur..a tanker rammed into us.With your blessings and God's grace I am safe. Will continue my journey towards Cuddalore to participate in #VelYaatrai #Police are investigating the case. #LordMurugan has saved us. My husband's trust in him is seen pic.twitter.com/XvzWZVB8XR

Sundar shared pictures of her damaged car on Twitter. She informed that the Police are investigating the matter.

In another tweet she clarified, “Request the press to understand that a container rammed into me and not the other way. My car was on the move in the right lane and this container came from nowhere and rammed into me. Police are investigating n questioning the driver to rule out any foul play.”

The BJP sees the 'Vel Yatra' as a show of solidarity with the Hindu community in the state, ahead of the 2021 Assembly elections.

It must be noted that, in recent times there had been controversies in the state after a Youtube channel had uploaded a video with derogatory content against hymns sung in praise of Lord Muruga. BJP functionaries and supporters had alleged that the persons who uploaded those videos on YouTube had ties with the opposition party DMK.

The Tamil Nadu government had decided to reject permission for the month-long 'Vetri Vel Yatra' that the state unit of the Bharatiya Janata Party had planned across the state, invoking Lord Murugan. The yatra, began on November 6 and is to conclude on December 6, covering all six abodes of Lord Murugan by traversing from Tiruttani to Tiruchendur.

On the first day of the Yatra, Tamil Nadu Bharatiya Janata Party President L.Murugan and Vice President Annamalai, H.Raja, CT Ravi and over 100 party functionaries were taken into preventive custody by Police in Tiruttani, when they attempted to go forward with the ‘Vel Yatra’. They proceeded despite not being granted permission by the Tamil Nadu Government.