The company claims it is planning to make the F/A-18 Super Hornet, which it says will deliver on India’s need for an aircraft carrier and land-based multi-role fighter, under the "Make in India" scheme. 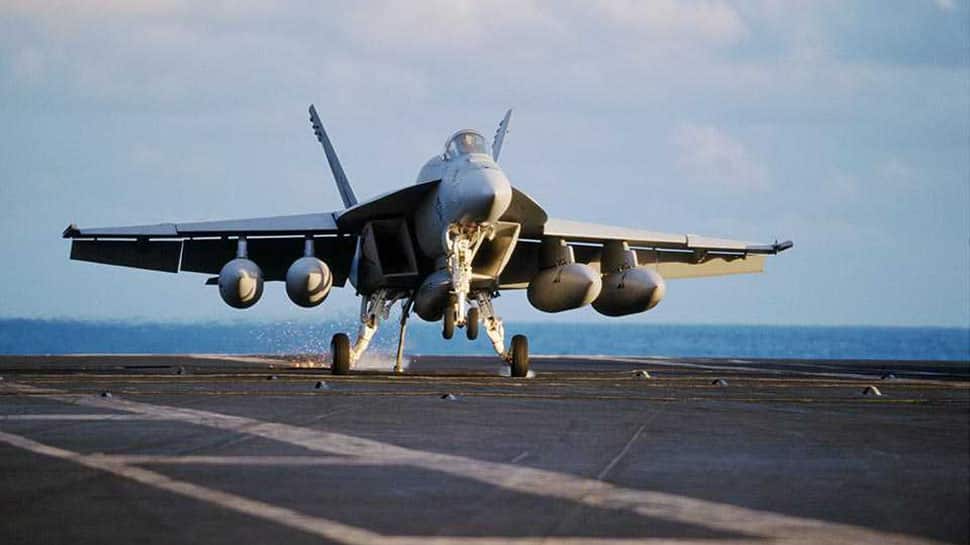 Boeing is aggressively pushing the F/A-18 Super Hornet for the Indian defence forces and on Thursday met officials of Hindustan Aeronautics Limited (HAL) and Mahindra Defence Systems (MDS) to fine-tune its strategy. The company claims it is planning to make the F/A-18 Super Hornet, which it says will deliver on India’s need for an aircraft carrier and land-based multi-role fighter, under the "Make in India" scheme.

"The Indian forces will get the next-generation F/A-18 Super Hornet fighters in an entirely new factory-of-the-future in India, delivering performance, affordability, and indigenization for Indian customers," said Boeing after the meeting on Thursday during the Aero India 2019 at the Yelahanka Air Force base in Bengaluru. "The partnership will create jobs, industrial capacity and a globally competitive Indian supply chain," the company added.

Pointing out that the F/A-18 was introduced in 2007 and has a proven combat track record, Boeing said the fighter is "highly capable across the full mission spectrum and continually evolving to outpace future threats". The F/A-18 Super Hornet should be a clear choice for the Indian Navy and the Indian Air Force, the company added.

The IAF will get 22 AH-64E Apache and the "first helicopter will join the force in July and give significant combat capabilities", said David Koopersmith, vice president and general manager, Boeing Vertical Lift, a division of Boeing Defense, Space & Security (BDS). The $1.4 billion deal for 22 Apaches was signed in September 2015 and the helicopters will be based at the Pathankot air base in Punjab and Jorhat in Assam.

The first batch of IAF pilots who will fly the AH-64E Apaches and CH-47F(I) Chinooks are being trained in the USA. Training and support facilities will be established in India once the delivery of the helicopters starts later in 2019, said the company.