The Mumbai Police started tracking down social media pages of high-profile personalities to unearth this racket after a complaint lodged by singer Bhumi Trivedi when she found about a fake profile created in her name. 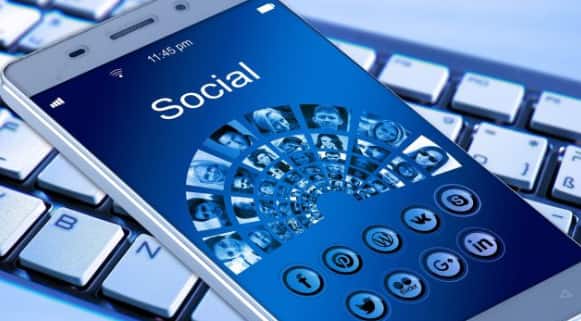 New Delhi: People with a massive following on social media nowadays get a demigod status, and this has also become the latest tool to measure their importance, their popularity, and their influence. The truth behind this virtual reality may disappoint you, as the majority of followers of these stars and celebrities are fake and they are facilitated through certain companies, whose racket was recently exposed by Mumbai Police.

The Mumbai Police started tracking down social media pages of high-profile personalities to unearth this racket after a complaint lodged by singer Bhumi Trivedi when she found about a fake profile created in her name. The imposter created the singer's fake Instagram page and chatted with people and also kept the screenshot of the chats and showed it to people to increase followers.

The DNA report tries to analyse the murky world of this social media and the companies involved in providing ghost followers to celebrities and high-profile people. Under this social media scam, influential people buy a large number of fake followers to flaunt their popularity and star status. This is a business model to facilitate followers after charging money to promote a product or to speak in favour of any person.

The Mumbai Police has found over 200 high-profile people, including some Bollywood celebrities, sportspersons, and social media influencers, who allegedly paid money to get fake or ghost followers. Reports say Priyanka Chopra and Deepika Padukone are among top Bollywood personalities along with other high-profile people including builders and sportspersons who bought a large number of fake followers to increase their popularity to enjoy their influence on social media.

Probing the case of Bhumi Trivedi, the Crime Branch of Mumbai Police arrested one Abhishek Dawade who used to work for a company named Followers Kart. This company provided more than 700 services in 80 different categories. These services were linked to many social media platforms including YouTube, Instagram, Facebook, Twitter, Telegram, LinkedIn, Spotify, and Sound Cloud.

The company provides fake Likes, Comments, Views, Retweets, Subscribers, and Followers to its customers on these social media platforms and in return, fees were collected in dollars. The company's network was spread almost all over the world. Apart from India, it was mainly working in Russia, America, Britain, France Italy, and Israel.

The investigation has also revealed that this company used to tamper with servers related to social media platforms to facilitate a surge in the number of likes, comments, and followers. The police has unearthed the company's links to France and has written a letter to the French government to seek help in the investigation.

The police also arrested Kasif Mansoor, a civil engineer by profession, who used to operate a website- www.amvsmm.com, and his company used to provide fake followers.

The investigation of the Mumbai Police is also based on a report prepared by The Institute of Contemporary Music Performance (ICMP) in 2019. The ICMP named 10 Bollywood celebrities including Priyanka Chopra and Deepika Padukone who purchased fake followers. The report claimed that 48 percent of followers of these two actresses are fake or Internet Bots. The ICMP stated that this report is no longer available, as it has now become redundant or outdated.

Zee News tried to contact Priyanka Chopra and Deepika Padukone through email to know their versions in this case.