Union Minister and BJP leader Giriraj Singh on Tuesday (February 11) said that Deoband is a 'gangotri of terrorism' and several terrorists, including Lashkar-e-Taiba chief Hafiz Saeed, are born in this Uttar Pradesh town. 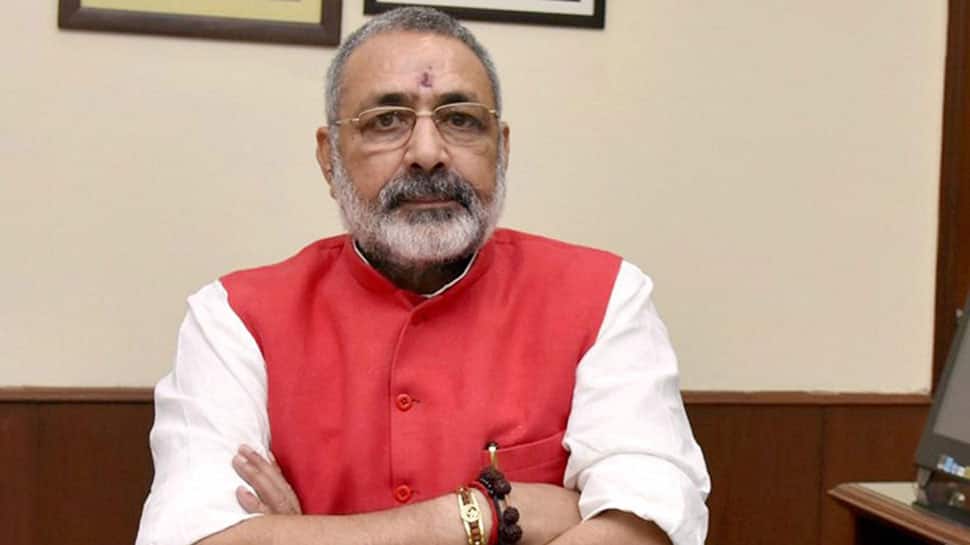 In a controversial remark, Union Minister and BJP leader Giriraj Singh on Tuesday (February 11) said that Deoband is a 'gangotri of terrorism' and several terrorists, including Lashkar-e-Taiba chief Hafiz Saeed, are born in this Uttar Pradesh town.

Singh made the comments in the backdrop of anti-Citizenship Amendment Act protests in Deoband. "We were not able to make people aware about CAA. I have always maintained that people from Deoband, who are against CAA, were terrorist; all the big terrorists of the world were born here. I have said it before also that Deoband is Gangotri of Terrorism. The likes of Hafiz Saeed come from here," Singh told the media in Saharanpur.

Notably, hundreds of women in Deoband have been protesting against the CAA since January 27. Though some local clerics urged them to end the protest the women refused to call off the stir.

Deoband is home to renowned Islamic seminary of Darul Uloom, which has also submitted a memorandum to the central government and the Chief Justice of India against the CAA. Darul Uloom has also justified the pan-India movement against CAA and proposed nationwide National Register of Citizens saying the protests are aimed to protect the Indian Constitution.

Responding to Singh's statements, Congress leader Meem Afzal said that the BJP leader has insulted river Ganga because it flows from Gangotri and river Ganga is a holy river for Indians. But Singh has equated Gangotri with terrorism which is not acceptable at all. Afzal asserted that Singh is unaware of Deoband's history and that's why he is making these statements. The Congress leader demanded that Prime Minister Narendra Modi should throw Singh out of his Cabinet and the party for his remarks.

It may be recalled that Giriraj Singh had also sparked a huge political furore few days ago when he said that the anti-CAA protest at Delhi's Shaheen Bagh has become a breeding ground for suicide bombers and the protesters are hatching a conspiracy to divide India.

Singh also likened the protests with the Khilafat movement and said, "An infant died at Shaheen Bagh because of cold and the mother says that he was martyred. Is this not a suicide bomb? If we want to save our country, then we need to beware of this suicide bomb and the second Khilafat movement which is going on," the Union minister said.