The search operation is underway to search and rescue any trapped persons. 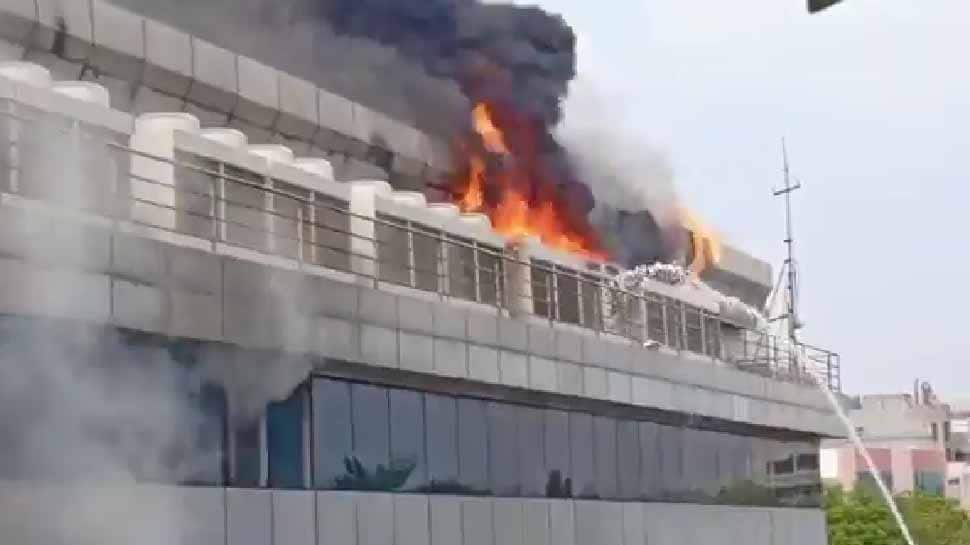 Mumbai: Fire breaks out in an office building at Andheri East, Mumbai on Thursday (February 13). As many as 12 fire tenders reached the spot to douse the massive fire.

The reason behind the fire incident is yet to be ascertained. People near the building were evacuated as soon as the incident took place.

A level-III fire has been reported at Rolta company in Andheri East. The fire is said to be confined to the server room on the second floor of the Rolta company.

Meanwhile, the search operation is underway to search and rescue any trapped persons.

Because of aluminum cladding and glass facade and no ventilation situation is still grave.

Meanwhile, firemen are battling from inside as well as outside the building using special appliances, donning breathing apparatus sets, to douse the fire

A total of 27 vehicles have reached the spot, including 11 fire engines and 9 jet tankers, control the fire.