She announced that the mediators will not go to Shaheen Bagh on Friday but 10 women representing the protesters will meet separately in a different place for holding talks. 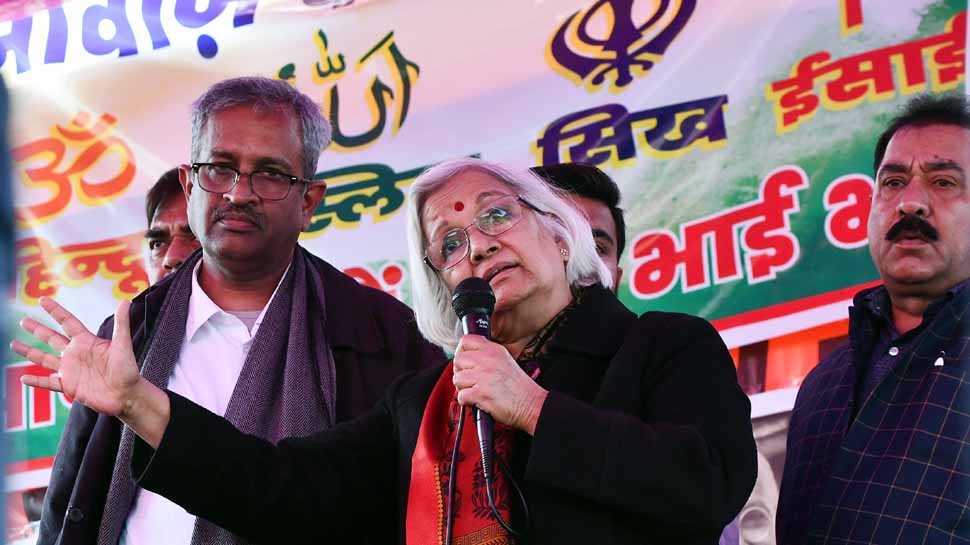 Hours after meeting the anti-Citizenship Amendment Act (CAA) protesters on Thursday at Delhi`s Shaheen Bagh in an effort to hear and understand their views for the second day, Supreme Court-appointed mediation panel's Sadhana Ramachandran asserted that the panel tried to maintain peace and talk but that didn't happen.

She announced that the mediators will not go to Shaheen Bagh on Friday but 10 women representing the protesters will meet separately in a different place for holding talks. "Yesterday and today we tried to maintain peace here but it is not happening. We will not come here tomorrow. Our sisters here should find a place where talks can be held. A few of the women can come to hold talks but others will have to stay outside," added Ramachandran.

She further said, "We promised that we will come, you called and we came. But today we have to talk together very carefully. We got blessings of the grandmothers yesterday (Wednesday). We had said that if India has such daughters, India is safe."

Speaking on the second day at Shaheen Bagh, the senior advocate said, "Yesterday we had explained to you the many issues including CAA, NRC and we have all understood those issues. You have to understand that the issues of CAA, NRC is before the Supreme Court and that case will come up for hearing. But as of now, there is no date yet. In that case, today neither you nor anyone else knows what will happen. We can't talk about that today because that issue will be heard."

"Today's issue is your right to protest and it is because of this petition that we have come here today. The question in the petition is that the road is closed and we have come here on the issue of its closure. We should come up with a solution so that your movement should remain intact and also find a way out."

On this, the protesters said that the talks will take place only in Shaheen Bagh and the road will open when the announcement will be made to withdraw Citizenship Amendment Act (CAA), National Register of Citizens (NRC) and National Population Register (NPR). On the matter of opening the road, the protesters have taken the negotiators to show them the alternative routes which have been closed by the police.

The SC-appointed panel visited Shaheen Bagh on February 19-20 to hold talks with anti-CAA protesters to persuade them to shift their agitation to an alternate venue but failed to break the deadlock.