AUSINDEX began on April 2 and will continue till April 14. 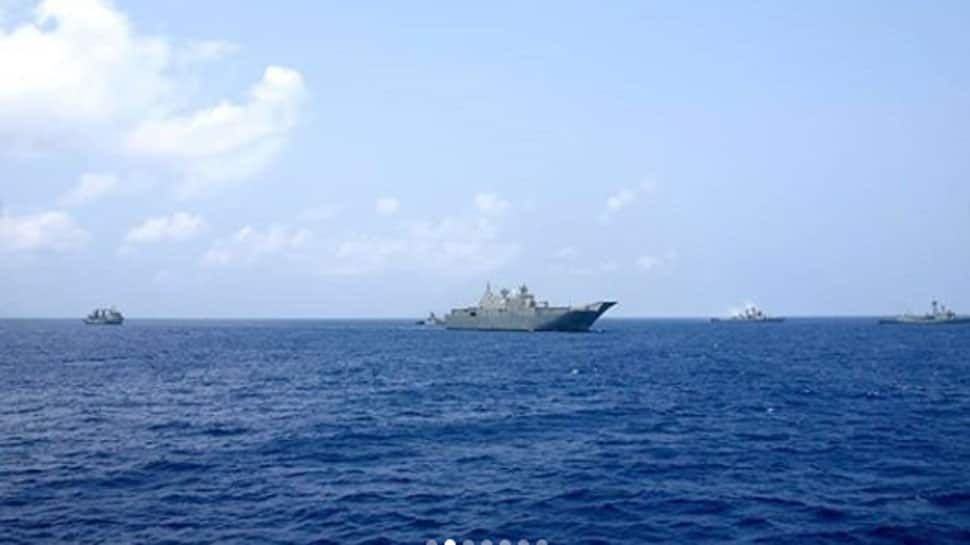 The bilateral maritime exercise is aimed to strengthen mutual cooperation and enhance interoperability between the Royal Australia Navy (RAN) and Indian Navy by providing opportunities for interaction and exchange of professional views between the personnel of the two navies, the Navy said in a statement.

AUSINDEX began on April 2 and will continue till April 14.

"The third edition of AUSINDEX scheduled from April 2 to 14 would involve exercises in all three dimensions with focus on Anti Submarine Warfare (ASW) and shall be held in three phases," the statement said.

The sea phase was held between April 7-11 shall be held in the Bay of Bengal.

The second harbour phase will begin on April 12 and continue till April 14 during which debrief and setting up of goals for the next edition of AUSINDEX, which is likely to be hosted by Australia in 2021, would be discussed.