Britain calls for restraint after India, Pakistan shot down each other's jets

The UK has asked both India and Pakistan to refrain from further escalating tension between the two sides. 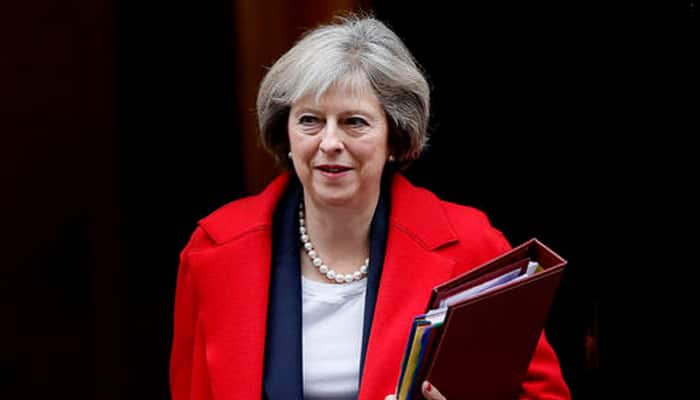 LONDON: The United Kingdom on Wednesday urged India and Pakistan to exercise restraint after two nuclear-powered countries shot down each other's fighter jets escalating tensions between the two neighbours.

A statement issued by UK Prime Minister's office said, '' The UK is deeply concerned about rising tensions between India and Pakistan and urgently calls for restraint on both sides to avoid further escalation. We're in regular contact with both countries, urging dialogue and diplomatic solutions to ensure regional stability.''

The statement also quoted UK PM Theresa may as saying, ''We are working closely with international partners including through the UN Security Council to de-escalate tensions and are monitoring developments closely and considering implications for British nationals.''

UK PM Theresa May: We are working closely with international partners including through the UN Security Council to de-escalate tensions and are monitoring developments closely and considering implications for British nationals. https://t.co/Mnk0PY9ePu

Earlier Britain`s Junior Foreign Office Minister Mark Field said that he will speak with Indian and Pakistani envoys on Wednesday to urge their countries to exercise restraint after both sides said they shot down each other's fighter jets.

Both countries have ordered airstrikes over the last two days, the first time in history that two nuclear-armed powers have done so, while ground forces have exchanged fire in more than a dozen locations.

"I shall be speaking to both the Indian and Pakistani High Commissioners this afternoon and will continue to press for the importance of restraint," Field said while speaking in British Parliament.

The appeal from the UK came after India on Wednesday accused Pakistan of targeting the country's military installations in response to its counter-terrorism action a day earlier and confirmed that an Indian MiG-21 Bison pilot was "missing in action".

"Against this counter-terrorism action (of bombing the JeM training camp), Pakistan has responded this morning by using its air force to target military installations on the Indian side," External Affairs Ministry spokesperson Raveesh Kumar told the media.

"Due to our high state of readiness and alertness, Pakistan`s attempts were foiled successfully," he added.

He said the Indian Air Force (IAF) responded instantly and in the aerial engagement, one PAF fighter aircraft was shot down by a MIG 21 Bison of the IAF.

"The Pakistani aircraft was seen by the ground forces falling from the sky on the Pakistani side," he said.

"In this engagement, we have unfortunately lost one MiG-21. The pilot is missing in action. Pakistan has claimed that he is in their custody. We are ascertaining the facts," Kumar said.

The action came 11 days after a JeM suicide bomber killed 40 Central Reserve Police Force troopers at Pulwama in Jammu and Kashmir on February 14.

Within hours, a furious Pakistan threatened a "befitting response" and Prime Minister Imran Khan called a meeting of the National Command Authority, which controls the country`s nuclear arsenal.

After initially denying that the Indian action took place, the Pakistani military authorities finally admitted that the IAF had hit Balakot in Khyber Pakhtunkhwa, 195 km from Islamabad and over 40 km from Muzaffarabad, capital of Pakistani-administered Kashmir.

This was the first time the IAF had crossed into Pakistan after the 1971 war.