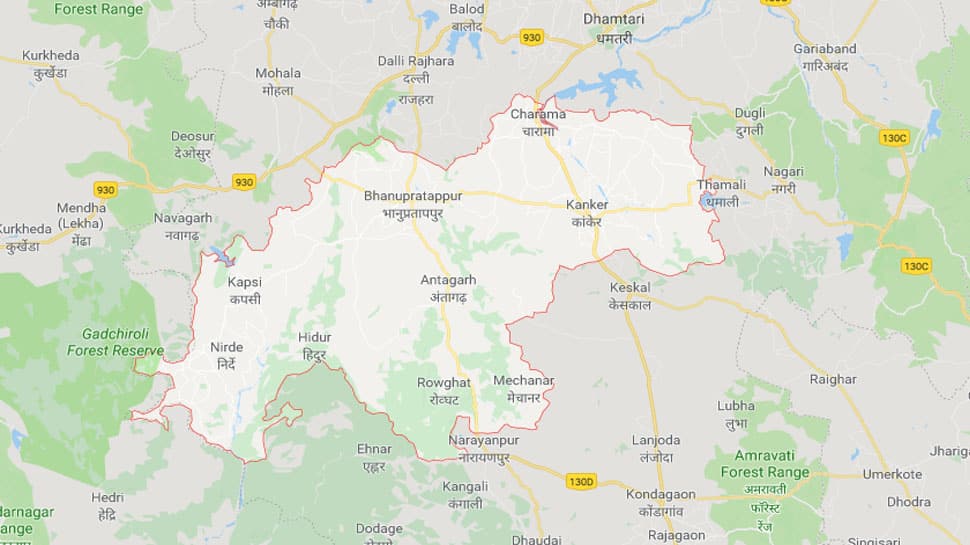 At least four Border Security Force (BSF) jawans were killed and two others injured on Thursday after an encounter with Maoists in Kanker district in Chhattisgarh.

A joint team of BSF's 114th battalion and the district force of police were out on an 'area domination' operation around noon in a dense forest near Mahla village when they were attacked, Deputy Inspector General of Police (anti-Naxal operations) Sundarraj P told news agency PTI.

The deceased were identified as BSF's Assistant Sub- Inspector Bipul Borah, who hailed from Assam, constables Silam Ramkrishna from Andhra Pradesh, Ishrar Khan from Jharkhand, and Tumeshwar from Dongargaon in Chhattisgarh.

Reinforcement was rushed to the spot and a search operation was also launched in the area.

According to a BSF official, the patrolling team, comprising 42 personnel of the BSF, had launched the operation from Mahla camp of the 'A' company of the BSF 114th Battalion, around 250 km from Raipur. When the security men were advancing through a forest near Mahla, a large group of Naxals opened fire.

After a brief gun-battle, the Maoists fled the spot.

The bodies and the injured personnel were brought to the Mahla camp and airlifted to Raipur.

Governor Anandiben Patel and Chief Minister Bhupesh Baghel expressed grief over the death of the BSF personnel. Baghel directed officials to provide all necessary medical facilities to the injured and prayed for their speedy recovery, an official statement said.

The incident comes just weeks ahead of the Lok Sabha election in the state. Maoists have given a call for a boycott of the election.

State police and paramilitary forces have intensified anti-Maoist operations ahead of the poll.

Polling in 11 constituencies in the state will be held in three phases on April 11, April 18 and April 23. The counting of votes will take place on May 23.

Earlier on March 31, three Maoists including a woman were arrested in Dantewada district while they were allegedly planning to plant bombs to target security personnel during the poll.

Explosives, including a `tiffin bomb' and three grenade-headed arrows were recovered from them, Dantewada Superintendent of Police Abhishek Pallava had said.

All three were members of the 'jan militia' of the Maoists in Bhairmgarh area of neighbouring Bijapur district for the past several years, he had said.

Two bags containing a tiffin bomb (explosives packed in a tiffin box), a locally-made hand grenade, three 'arrow bombs' (arrows with grenades attached to the tip), three gelatin rods and an electronic detonator were recovered from them, he had said.

The trio revealed that their job was to keep a watch on the movement of security forces and plant explosives to target them during the coming Lok Sabha election.