A team of 108 and the police arrived at the accident site. The police with the help of the local people are making efforts to rescue the trapped people. 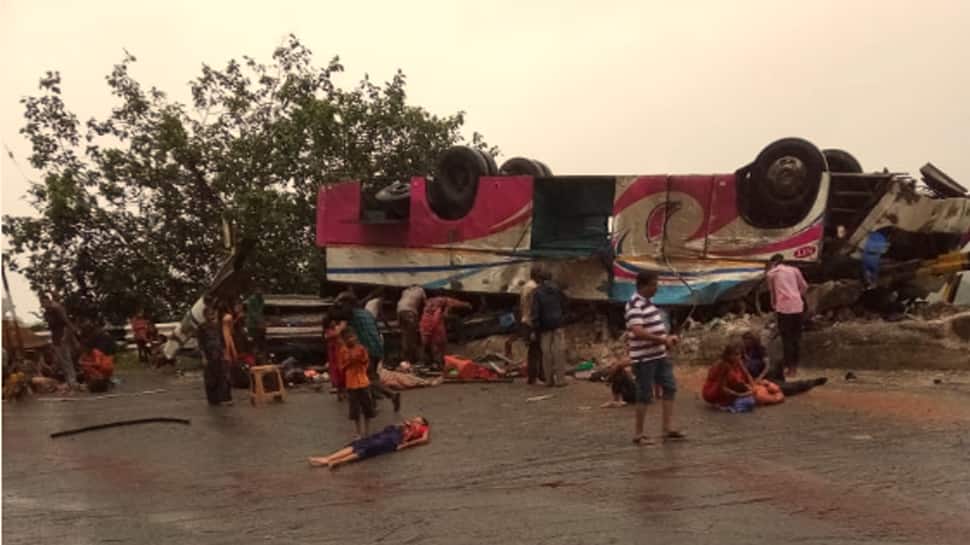 At least 21 people were killed and several injured on Monday when a bus carrying 50 passengers turned upside down near a trench in Ambaji town of Banaskantha district in Gujarat. The condition of many of the injured people is critical. They are being treated in different hospitals in the area.

The accident took place when a luxury bus overturned near Trishulia Ghat. More than 50 people were expected to be travelling inside the bus. The 21 people killed include--14 men, three women and four children.

A team of 108 (ambulance services) and the police arrived at the accident site. The police with the help of the local people are making efforts to rescue the trapped people. The Sub-Divisional Magistrate, who is present at the spot, confirmed the death toll.

Around 60 people living in different areas, including Khadol, Punndan, Asodar, Kabhaipura of Anand district, went to visit Ambaji on the occasion of Navratri and took the luxury bus from their village to Ambaji. While returning after visiting Ambaji, the bus slipped backwards due to heavy rains causing the fatal accident. The bus had left for the journey from Khadol village in Anand and all these passengers had left for the trip.

Reacting to the incident, Prime Minister Narendra Modi expressed his grief at the loss of lives. He also prayed for the speedy recovery of those who were injured in the accident.

"Devastating news from Banaskantha. I am extremely pained by the loss of lives due to an accident. In this hour of grief, my thoughts are with the bereaved families. The local administration is providing all possible help to the injured. May they recover soon," tweeted PM Modi.

Union Home Minister Amit Shah tweeted, "Deeply anguished by the loss of lives due to a tragic bus accident in Banaskantha, Gujarat. Have spoken to the state and local authorities, they are doing everything possible to help the people in need. My deepest condolences. May the injured recover at the earliest."

On June 7, in the same place, a jeep had overturned killing nine people and injuring 25 who were returning after a visit to Ambaji.