The police have confirmed that 13 people died on the spot while others succumbed to their injuries on the way to the hospital. 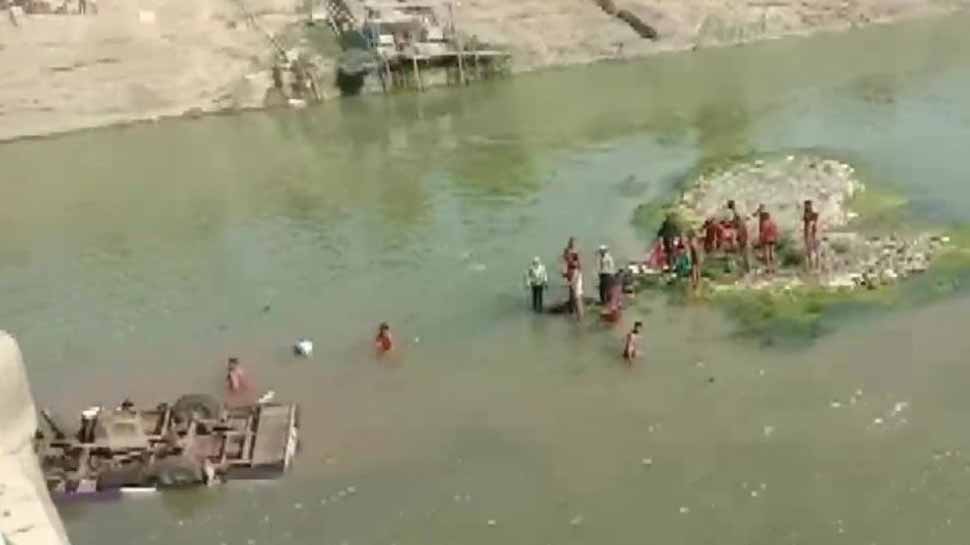 As many as 24 people were killed and several others injured when a bus fell into a river in Rajasthan`s Bundi district on Wednesday (February 26). The accident took place around 9 am at Kota-Dausa highway when the private bus carrying a wedding party fell into the Mej river.

According to the police, the bus which was on its way to Sawai Madhopur from Kota was passing through a bridge near Papdi village when it lost control and fell into Mej river which had no boundary walls around it.

The police have confirmed that 13 people died on the spot while others succumbed to their injuries on the way to the hospital.

The survivors recounted that the tyre of the bus came off while it was crossing the bridge and the driver lost control.

Meanwhile, Rajasthan Chief Minister Ashok Gehlot expressed his condolences to the families of the deceased. Gehlot took to Twitter, writing, "I am deeply saddened to learn about the tragic accident in Bundi in which about 25 people have lost lives after the bus fell into river Mej... My heartfelt condolences to the bereaved families who have lost their loved ones in this tragedy. I wish speedy recovery to all injured."

Most of the deceased are from the same family who were on their way to perform a wedding ceremony.