Cabinet nod to scrapping of no-detention policy till Class 8

The University Grants Commission (UGC) had in February passed a new set of regulations to set up 10 world-class institutions in the public sector and as many in the private sector. 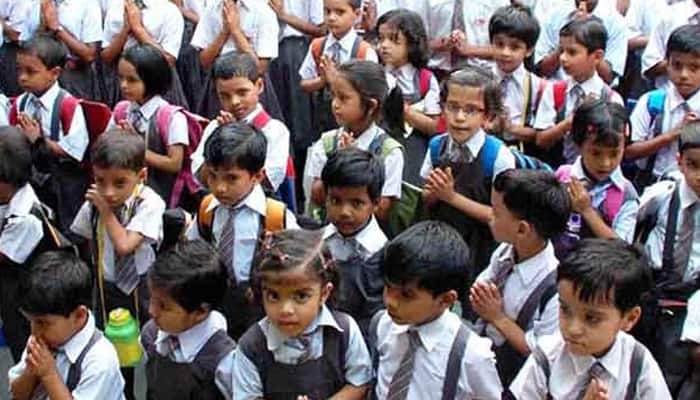 New Delhi: The Union Cabinet on Wednesday approved the scrapping of the no-detention policy in schools till Class 8.

It also gave its nod to the Human Resource Development Ministry's plan of creating 20 world-class institutions in the country.

An enabling provision will be made in the Right of Children to Free and Compulsory Education Amendment Bill which will allow states to detain students in class 5 and class 8 if they fail in the year-end exam.

However, the students will have to be given a second chance to improve via an examination before they are detained. The bill will now be placed in Parliament for approval.

Under the present provision of RTE Act, students are promoted automatically to higher classes till class 8. This is one of the key components of the RTE Act which came into force on April 1, 2010.
The Union Cabinet, which had deferred its decision in June, about the creation of 20 world-class institutions in the country, also approved it today.

The University Grants Commission (UGC) had in February passed a new set of regulations to set up 10 world-class institutions in the public sector and as many in the private sector.

Of the 20 universities, first proposed in this year's budget, the 10 state-supported institutions are expected to receive public funding of up to Rs 500 crore each.

An Expenditure Finance Committee note seeking Rs 5,000 crore for these institutions was moved. The institutes can be existing or greenfield (the latter for private institutions).

HRD's separate rules  UGC (Declaration of Government Educational Institutions as World Class Institutions) Guidelines allow these institutes to fix their own fees for foreign students and decide salaries for foreign faculty, as well as the freedom to choose admission procedures. Existing universities don't have such freedom and are guided by the detailed UGC rules.