On April 9, Pakistan’s Foreign Office had announced that it will contribute USD 3 million towards the SAARC COVID-19 emergency fund. 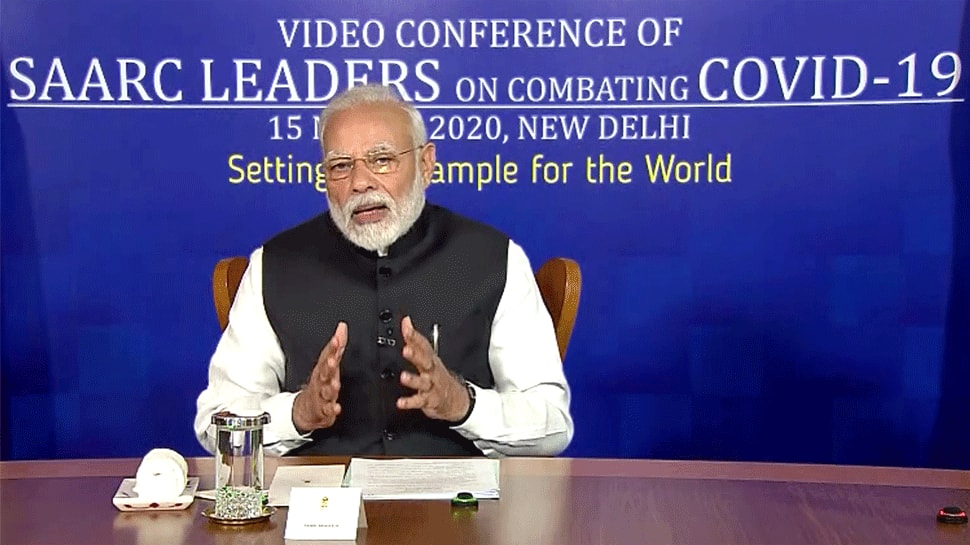 New Delhi: A day after Pakistan pledged to donate USD 3 millions to South Asian Association for Regional Cooperation (Saarc) COVID-19 Emergency Fund to support regional efforts in the fight against the global pandemic, India on Friday highlighted the early commitment made by other member countries and said that 'degree of seriousness' of each nation can be gauged by its behaviour.

"It is for each SAARC Member State to decide on the timing, manner and implementation of their SAARC COVID-19 Emergency Response Fund commitments. Where India is concerned, the commitment made by the Prime Minister is today in an advanced stage of implementation," Ministry of External Affair`s spokesperson Anurag Srivastava said in a statement.

"Assistance in material and services has been extended to Afghanistan, Bangladesh, Bhutan, Maldives, Nepal and Sri Lanka. These SAARC countries have also made early commitments to the Fund. The degree of seriousness of each nation can be gauged by their behavior," he added.

Pakistan was the last of SAARC's eight members to contribute to the fund, which was created with an initial corpus of USD 10 million provided by India following a video conference of leaders of the grouping on March 15. And while the SAARC countries immediately responded to a united call for COVID-19 emergency fund, Pakistan made its contribution recently.

Afghanistan had contributed USD one million as per the discussions among the SAARC heads of nations, in a bid to collaborating and strengthening partnerships to fight the pandemic.

Bhutan has committed USD 100,000 to the SAARC emergency fund while India has made an initial offer of USD 10 million for the fund.

On April 9, Pakistan’s Foreign Office had announced that it will contribute USD 3 million towards the SAARC COVID-19 emergency fund. "While communicating Pakistan’s decision to the Saarc Secretariat, it has been conveyed that all proceeds of the Fund should be administered by the Saarc Secretariat and that the modalities for the Fund’s utilisation should be finalised through consultations with the Member States as per the Saarc Charter," a statement from the Pakistan's Foreign Office said.

"Pakistan’s perspective in this regard was also conveyed during a telephone conversation between Foreign Secretary Sohail Mahmood and Secretary General Saarc Esala Ruwan Weerakoon, today," it had added.

On April 9, Pakistan had skipped a video conference of senior trade officials of the South Asian Association for Regional Cooperation (SAARC), saying it chose not to participate since the SAARC secretariat wasn't involved in organising it.