The Defence Minister made these remarks while speaking at a function organised in Kollam, Kerala, 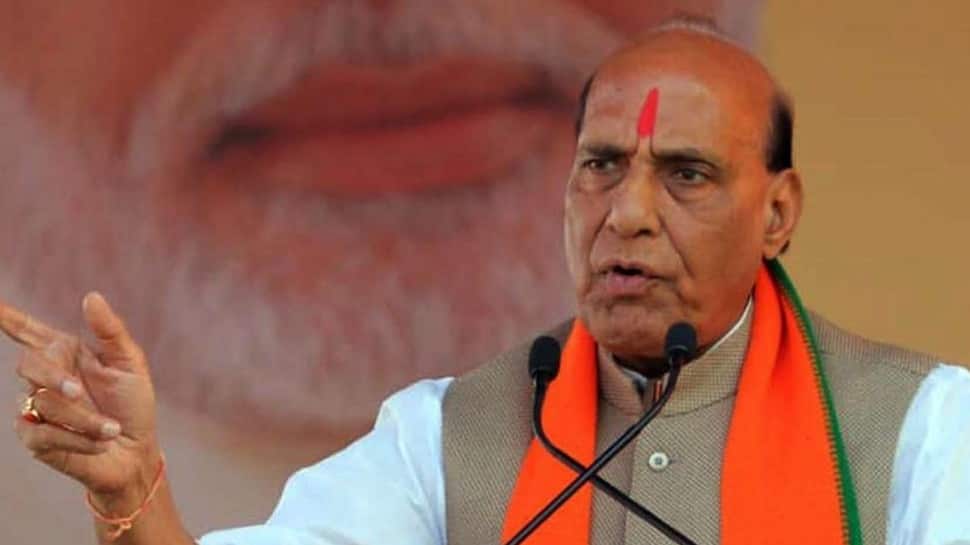 New Delhi: Union Defence Minister Rajnath Singh on Friday said that a terror attack along the western coast cannot be ruled out but he quickly added that the country's maritime forces were fully prepared for any such strike.

"We cannot rule out that terrorists from a neighbouring country may carry out an incident on our coastline, which extends from Kutch to Kerala. I would like to assure everyone that our maritime security is absolutely strong. We are committed to ensuring foolproof coastal security," Rajnath Singh said.

Defence Min Rajnath Singh in Kollam, Kerala: We're committed to maritime&coastal security of Kerala. We can't ignore the possibility of an attack by terrorists from our neighbouring country in coastal area. I want to assure you that Indian Navy is capable to avert such incident. pic.twitter.com/xHBqv50OPI

The Defence Minister made these remarks while speaking at a function organised in Kollam, Kerala, by spiritual leader Mata Amritanandamayi on the occasion of her birthday to pay respect and offer support to the families of the CRPF personnel, who were martyred in the Pulwama terror attack in February this year.

''This year she has pledged to support the families of the CRPF personnel who were martyred in Pulwama. A country which does not remember the sacrifice of its soldiers will not be respected anywhere in the world. The armed forces are the embodiment of India`s strong will power," Singh said.