The case against the Congress leader has been filed by a lawyer Sudhir Ojha in Bihar. 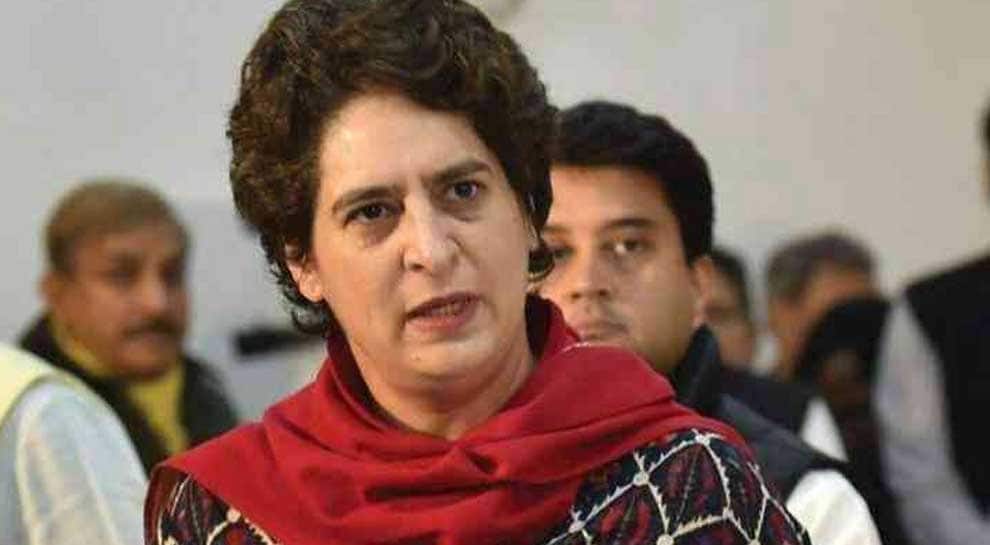 Muzaffarnagar: A criminal case has been filed against Congress general secretary Priyanka Gandhi Vadra on Friday in connection with her tweet on a trial court verdict which acquitted all six accused in the Pehlu Khan lynching case in Rajasthan's Alwar.

The case against the Congress leader has been filed by a lawyer Sudhir Ojha in Bihar.

In his petition, the petitioner said, "Today in Chief Judicial Magistrate (CJM) court here, I have filed a criminal case against Congress leader Priyanka Gandhi Vadra under sections 504, 506, 153 of the Indian Penal Code (IPC) and contempt of court in connection with her tweet regarding acquittal of accused in Pehlu Khan lynching case.''

Ojha further said that the trial court had acquitted all the six accused due to lack of evidence, however, Priyanka Gandhi Vadra had tweeted against the verdict and this could generate religious frenzy and it also a contempt of court.

"I have filed a case against Priyanka and the court has accepted it and announced that the hearing, in this case, will take place on August 26," Ojha said.

Earlier on Friday, Priyanka Vadra termed as "shocking" the trial court's verdict acquitting all the six accused in the Pehlu Khan lynching case and hoped the Rajasthan government will do justice in the matter.

"The lower court's decision in the Pehlu Khan case is shocking. In our country, there should be no place of inhumanity and mob killing is a heinous crime," she said in a tweet.

In another tweet, the Congress leader said, "Rajasthan government's initiative to bring law against mob killing is commendable. Hope by getting justice for Pehlu Khan, this will set a good example."

Rajasthan Chief Minister Ashok Gehlot had on Wednesday said that the state government will file an appeal against the trial court order.

Gehlot took to Twitter to assert that his government is committed to ensuring justice and said that stringent anti-lynching laws have been enacted in the state.

"Our state government has enacted a law against mob lynching in the first week of August 2019. We are committed to ensuring justice for the family of late Pehlu Khan. The state government will file an appeal against the order of Additional District Judge," Gehlot said in a tweet.

The Rajasthan Assembly had on August 5 passed an anti-lynching bill that provides life imprisonment and heavy fines to those convicted in mob lynching incidents after speedy trials.

On April 1 in 2017, Pehlu Khan, a 55-year-old dairy farmer from Haryana`s Nuh, was beaten up by self-styled cow vigilantes near Behror in Rajasthan on the Delhi-Alwar highway.

He succumbed to his injuries at a private hospital two days later. Two FIRs were filed in the case- one against the attackers and the other accusing Khan and his sons with allegedly transporting cattle without requisite permissions.