The charge of the CBI has been given to Additional Director M Nageshwar Rao. 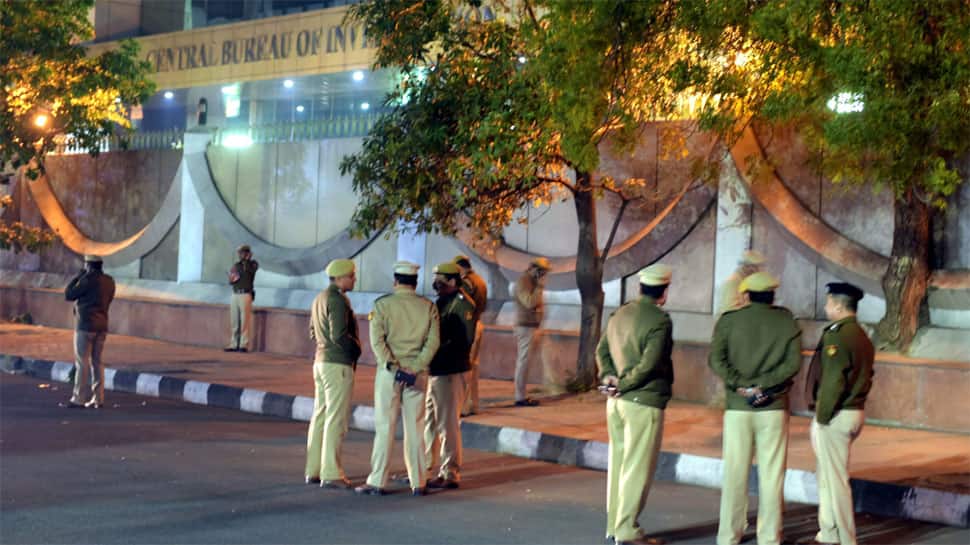 New Delhi: Alok Verma was Thursday removed unceremoniously as the CBI director after a high-powered panel led by Prime Minister Narendra Modi found that he had not been functioning with integrity expected of him.

Verma, whose fixed tenure of two years was to end on January 31, is the first chief in the 55-years of the CBI's history to face such action, officials said.

He has been posted as Director General Fire Service, Civil Defence and Home Guards, under the Union Home Ministry.

The charge of the CBI has been given to Additional Director M Nageshwar Rao, a government order issued on Thursday evening said.

The panel which comprised Leader of Congress in Lok Sabha Mallikarjun Kharge and Justice A K Sikri, appointed by Chief Justice of India Ranjan Gogoi as his nominee, had met here Thursday evening after which a decision for Verma, a 1979-batch IPS officer, was taken.

Kharge has expressed his dissent to the decision which was taken by a majority of 2:1.

There were eight counts of charges against Verma in the CVC report presented before the panel which included alleged attempts to induct tainted officers, compromising probe in the case related to controversial meat exporter Moin Qureshi, IRCTC scam among others, they said.

The Central Vigilance Commission claimed that it had found evidence of influencing of probe in the Moin Qureshi case and there were intercepts of RAW, an external snooping agency, that Rs 2 crore had changed hands.

The CVC was of the view that his conduct in the case was suspicious and there was a prima facie case against him, and wanted a criminal investigation to be conducted in the case.

In the IRCTC case, the CVC felt that it can be reasonably concluded that Verma deliberately excluded a name from the FIR, for reasons best known to him.

The committee also took note of Verma's attempts to induct officers of doubtful integrity in the CBI.

The CVC said that he had been given ample opportunity to present his case before the CVC, in presence of Justice (retd) Patnaik.

The officials said the panel, barring Kharge, felt that investigation, including criminal probe, was necessary, in some cases, and his continuation as CBI Director was not desirable, and he should be transferred.

The meeting of the committee was convened Wednesday which lasted nearly 30 minutes.

It was convened again on Thursday at the residence of Prime Minister Modi at 7 Lok Kalyan Marg at around 4.30 PM.

The meeting continued for nearly two hours with Kharge strongly arguing for giving a chance to Verma to present his case before the committee on the allegations levelled by the CVC against him.

"It is my considered opinion that the CBI director should be allowed to explain himself before this committee along with the charges made against him prior to any decision being taken," Kharge said.

He also advocated the restoration of Verma as CBI Director, so as to ensure the independence and neutrality of the CBI.

There was lack of substantial findings in the CVC report and listed "that there was no evidence of payment of bribe" in the Moin Qureshi case. The allegations in the IRCTC case and subsequent charges levelled by the CVC were not substantiated, the Congress leader said.

Kharge, however, agreed that charges against Verma in a case related to gold smuggling at the IGI Airport were partially substantiated and his attempts to induct tainted officers were found substantiated, too.

He said that the high-power committee must order an investigation into the events of the early hours of October 23 last year when Verma along with Asthana were sent on forced leave.

"There are too many coincidences and unexplained events that took place in the late hours of October 23 last year which clearly indict the present government," he said.

Kharge had also demanded an extension to Verma.

However, the Prime Minister and Justice Sikri did not agree with his position making clear his ouster from the agency.

Reacting to the development, the Congress said, "By removing Alok Verma from his position without giving him the chance to present his case, PM Modi has shown once again that he's too afraid of an investigation, either by an independent CBI director or by Parliament via JPC."

A delegation of former ministers Arun Shourie and Yashwant Sinha along with activist lawyer Prashant Bhushan had met Verma on October 4, 2018, with plea of registering an FIR in the Rafale aircraft purchase deal.

Verma was sent on forced leave by the government in a late-night controversial order on October 23, 2018, in the wake of a feud between him and his deputy Special Director Rakesh Asthana which had intensified after Asthana was booked on corruption charges by the CBI on October 15, 2018.

He had challenged the order in the Supreme Court which had quashed the government order Tuesday and reinstated him with a condition that the high-powered selection committee will decide his fate in a week.

Verma had joined the office Wednesday after 77 days of forced leave set aside by the Supreme Court.

The apex court had said any further decision against Verma, who was scheduled to retire on January 31, would be taken by the high-powered committee which selects and appoints the CBI director.