Denying the allegations, Nageswara Rao said that the raids happening in Kolkata "appeared to be propaganda". 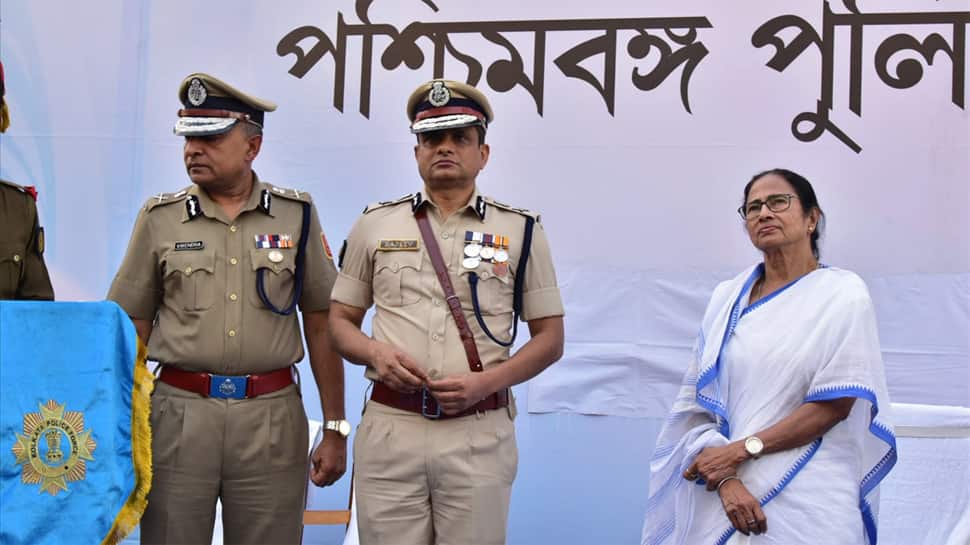 SHILLONG: The Central Bureau of Investigation (CBI) will on Saturday question Kolkata Police Commissioner Rajeev Kumar in connection with the Saradha chit fund case. He will be questioned at the CBI office by a team of interrogators.

The questioning 'at a neutral place' Shillong is taking place as per the direction of the Supreme Court. The matter of his interrogation had reached the apex court after a team of CBI officials was allegedly roughed up and detained for a few hours when it went to question Kumar at his residence in Kolkata on Sunday.

Following the face-off between the CBI and the Kolkata Police, West Bengal Chief Minister Mamata Banerjee went on a hunger strike for over 45 hours starting Sunday.

Kumar arrived in Shillong on Friday evening from Kolkata via Guwahati by road with three more West Bengal cadre IPS officers and his younger brother. He is staying at a private guest house and is not allowed to meet anyone.

In his order issued on February 6, Rishi Kumar Shukla, the Director of the premier investigating agency, attached 10 officers, including one Superintendent of Police (SP), three Additional SPs, two Deputy SPs and three Inspectors from different zones to the agency's Kolkata Economic Offences Wing from February 8 to 20. The agency had directed all the 10 officials to report to the Joint Director of the CBI in Kolkata.

Even as the drama continued over the CBI questioning, the Kolkata police on Friday conducted raids on two properties of a non-banking finance company, allegedly linked to the agency's former interim director Nageswara Rao's wife.

The raids were conducted in two offices of Angela Mercantiles Pvt Ltd. -- one in the city and the other in adjoining Salt Lake -- as part of the city police's probe into an old complaint lodged at the Bowbazar Police Station.

Denying the allegations, Rao said that the raids happening in Kolkata "appeared to be propaganda. "I deny the linkage of this firm with my family members as reported by some media outlets today. In light of certain reporting appearing in some media outlets, including some TV channels today linking my family members with a company on which Kolkata Police has carried out raids, I want to state that I had already clarified regarding this issue through a signed press statement on 30th October, 2018," he said in a statement.

"Further, complete details of all property of my family and mine have already been submitted in my annual property return submitted to the government which are available on Ministry of Home Affairs' website," the statement said.

According to a Kolkata Police source, the owner of the company might be called for questioning on Saturday.

Soon, double-decker buses that can fly, airboat from Australia that can land in water, says Nitin Gadkari