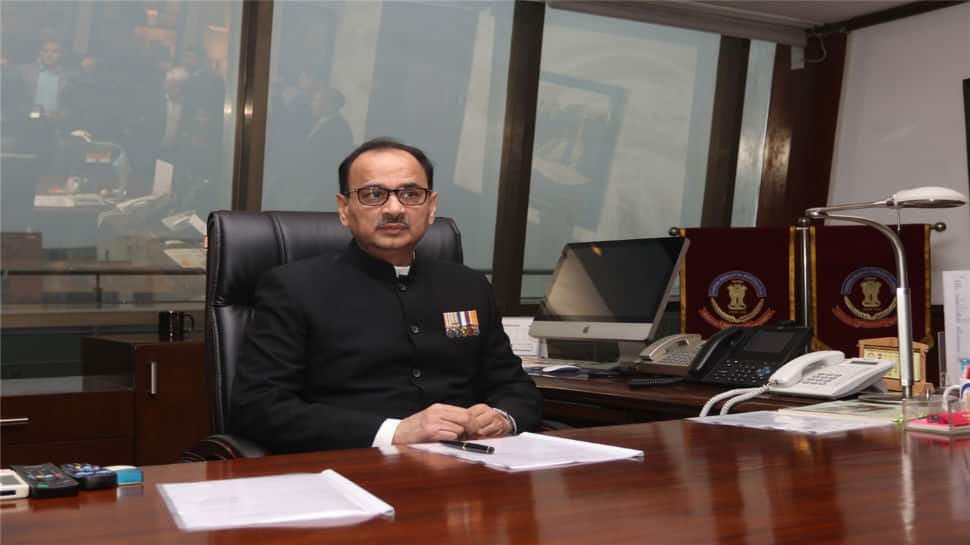 New Delhi: Barely two days after Supreme Court paved the way for Alok Verma to resume duties as the chief of Central Bureau of Investigations (CBI), he was removed by a high-powered selection panel led by Prime Minister Narendra Modi on Thursday (January 10). The decision comes despite Verma's retirement date of January 31 a little less than three weeks away and because of the grave nature of corruption charges against him.

Verma would have a sense of deja vu even if this is a bigger blow than when he was sent on forced leave by the government back in October of 2018. It has indeed been a bitter rollercoaster ride for the now former director of CBI who will spend his last few days before retirement as DG Fire Services.

Here's a timeline of how the last few months have been for Verma amid a raging political battle that has rocked the country and put a massive blot on the image of India's premier investigative agencies:

October 15, 2018: Alok Verma files a case against his deputy Rakesh Asthana - the CBI No. 2. He accuses him of taking Rs 3 crore as bribe from a businessman being investigated by him in lieu of ensuring relief and a clean chit in the case. Asthana, while denying the charges leveled against him, fires back at Verma and accuses him taking a bribe of Rs 2 crore from the same businessman. He also says that Verma tried to stop probe against RJD chief Lalu Prasad Yadav.

October 22: Verma vs Asthana matter escalates with CBI conducting a raid on the 10th floor of its own headquarters in New Delhi.

October 23: Asthana moves Delhi High Court  to get CBI's FIR against him quashed. Thought the HC did not cancel the case, it issued a notice to the CBI director and said that Asthana would not be arrested at least until it heard the case on October 29.

October 26: Asthana moves Supreme Court against order to go on leave. SC sets two-week deadline for CVC to complete inquiry against charges of corruption against Verma.

November 9: Verma defends himself against corruption charges in front of CVC.

November 16: Verma's plea against being sent on forced leave heard by Supreme Court.

November 29: Supreme Court says it would first consider whether the government has the power to divest CBI director of his duties.

December 6: Supreme Court asks government why the selection panel was not consulted before Verma was sent on leave.

January 9: Verma returns to work after being on forced leave for 77 days.

January 10: Verma withdraws almost all transfer orders made by interim CBI chief M Nageswara Rao. He then transferred five officers. Later in the day, a three-member selection panel sacks him as CBI chief by a vote margin of 2-1.