Speaking at the Raisina Dialogue in the national capital, CDS Rawat said that terrorism will not end till the time there are countries which provide funding to it. 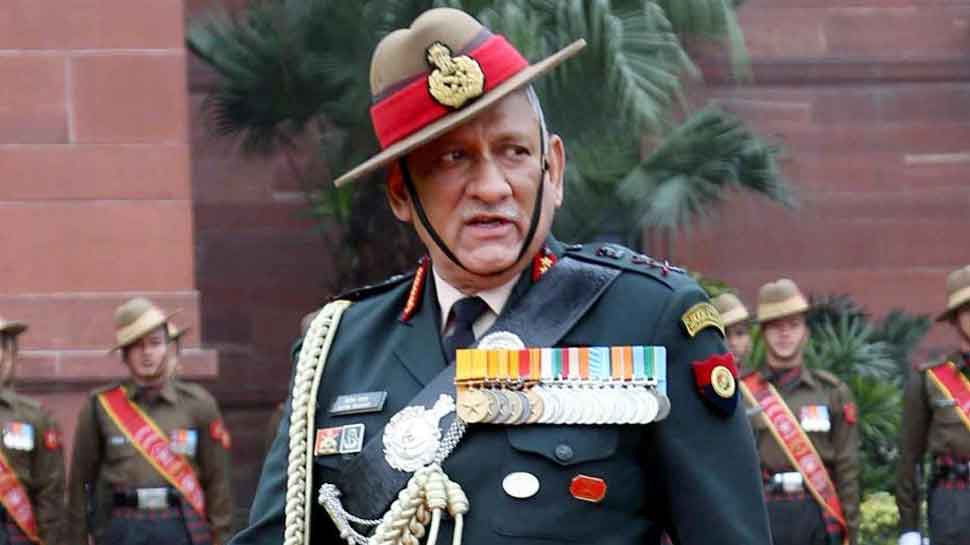 NEW DELHI: In yet another warning to Pakistan, Chief of Defence Staff (CDS) General Bipin Rawat on Thursday said that diplomatic isolation of any country sponsoring terrorism is very important as he called for collective action to tackle the global menace.

“The future of terrorism is going to be as dirty as conventional combat. Terrorism is here to stay, so long as there are states who are sponsoring it,” General Rawat said. Speaking at the Raisina Dialogue in the national capital, CDS Rawat said that terrorism will not end till the time there are countries which provide funding to it.

“War on terror will continue, and we will have to live with it until we get to the root of it,” CDS Rawat added, saying that ''the best remedy to put an end to it is diplomatic isolation.''

Gen Rawat was speaking along with other world leaders at the ongoing Raisina Dialogue organised by India`s influential think-tank Observer Research Foundation (ORF).

Calling for strict action against countries harbouring terror operators, General Rawat said, ''We've to bring an end to terrorism and that can only happen the way Americans started after 9/11, they said let's go on a spree on the global war on terror. To do that you have to isolate the terrorists, anybody who is sponsoring terrorism has to be taken to task.''

“We need to isolate terrorism - you cannot have countries which are partnering with you in the global war on terror with you and are yet sponsoring proxies and terrorism. For this, international messaging has to go - like blacklisting in FATF - it was a good measure,” General Rawat said.

“This is not for Pakistan, but for all the countries which are doing this,” he added. General Rawat also said that the countries need to accept that yes, they are sponsors of terrorism.

“They (Taliban) need to understand that have to come to the political mainstream,” General Rawat said, adding that these negotiations should be for lasting peace and not temporary. “They were in power last time, but they had the power of the gun behind them,” he added. “You have to change the ideology behind the Taliban. Only then can you bring peace in the region,” General Rawat said.

Hinting that the US should maintain its presence in Afghanistan, the CDS said that though Afghan security forces are now equipped to fight back terror groups in Afghanistan they still need support.

Pakistan is under diplomatic pressure to show progress on combating the menace of terrorism. The Financial Action Task Force, an inter-governmental organisation formed to check financial aid to terrorism, has asked Pakistan to show progress report on this front.

Pakistan’s Parliament narrowly passed a bill earlier thing month to allow the exchange of information and of criminals with countries - to meet a key requirement of the FATF. It approved amendments to the Anti-Money Laundering (AML) Act and the Foreign Exchange Regulations Act.

Gen Rawat had recently said that the armed forces stay far away from politics and work as per the directives of the government in power, a remark that came amid allegations that the forces were being politicised. He also said that his focus as the CDS will be to integrate the efforts of the three services and to work as a team.