Pakistan on Sunday morning violated ceasefire in Nowshera and Sunderbani areas of Rajouri district in Jammu and Kashmir, but their nefarious actions were countered by Indian Army's befitting retaliation. 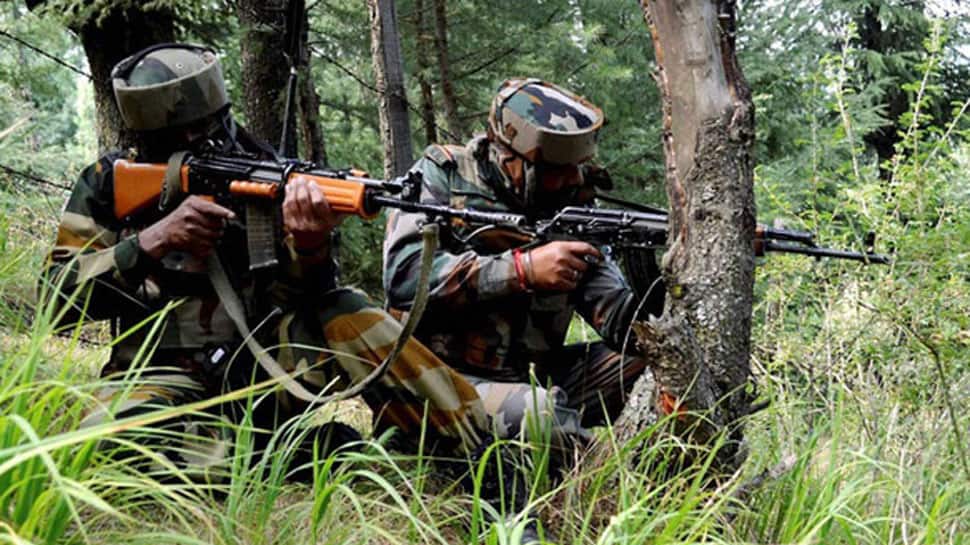 Srinagar: Pakistan on Sunday morning violated ceasefire in Nowshera and Sunderbani areas of Rajouri district in Jammu and Kashmir, but their nefarious actions were countered by Indian Army's befitting retaliation. This is the fifth ceasefire violation attempt by Pakistani troops in the past 24 hours.

Pakistani troops resorted to firing of arms and mortar shelling along the Line of Control (LoC) since 10:00 am in the morning. A heavy exchange of fire between India and Pakistan is taking place.

On September 2, Pakistan again violated ceasefire in Poonch district of Jammu and Kashmir in which an Army jawan was martyred defending the nation against nefarious attempts by Pakistan to disrupt peace in the Valley. The soldier was identified as 23-year-old Grenadier Hemraj Jat, a resident of Bhadoon village in Roopangarh tehsil of Rajasthan's Alwar. He was inducted in the Army on March 2017. He is survived by his mother.

Earlier on Saturday, National Security Advisor Ajit Doval informed, "There are Pakistani communication towers 20 km along border, they are trying to send messages." He said that India has heard intercepts and the Army was prepared to fight against any infiltration attempts by Pakistan, adding that majority of Kashmiri support Prime Minister Narendra Modi-led NDA government’s move to abrogate Article 370, which granted special status to Jammu and Kashmir.

On August 30, the government released data which revealed that there have been more than 222 incidents of ceasefire violations by the Pakistani troops along the LoC ever since the Centre abrogated Article 370 and divided Jammu and Kashmir into two Union Territories on August 5.

The figures informed that the Pakistani Army had violated ceasefire a total of 1,900 times in 2019 with more than 222 incidents reported in just 25 days since the abrogation of provisions Article 370 till August 30.

The figures also pointed to Pakistan's desperate attempts to internationalise the Kashmir issue by carrying out ceasefire violations to not only dominate the LoC, but also provide cover to terrorists attempting to infiltrate into the India side of the border.

NSA Doval has also lashed out at terrorist outfits, after posters emerged in the Kashmir Valley threatening apple farmers and transporters, warning them of dire consequences on sending their produce to India. Doval said, “Pakistan-sponsored terrorists are making all efforts to prevent the restoration of normalcy. It is evident by the killing of civilians and putting threatening posters.”