Mamata Banerjee had said yesterday that Bandyopadhyay has retired from service on May 31 and will not join in Delhi and has been made Chief Advisor. The central government had on Friday last issued an order to recall Bandyopadhyay. The order said that the placement of his services with the government has been approved. 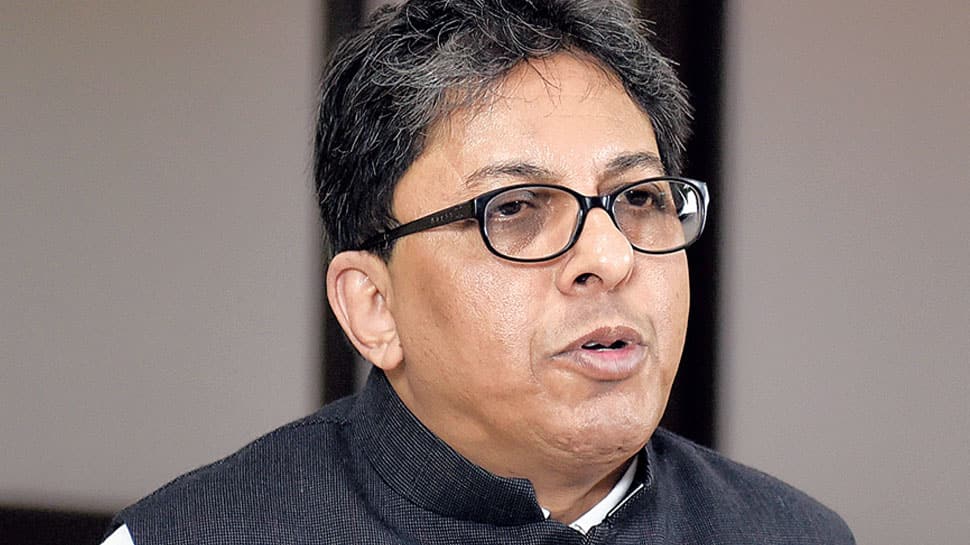 In another letter, the Centre has asked Bandyopadhyay, a 1987-batch IAS officer of West Bengal cadre, to report to New Delhi at 10 AM, Tuesday. All this comes amid the ongoing war of words between the Centre and the West Bengal government over the sudden transfer of the Alapan Bandyopadhyay.

Meanwhile, the Government of India (GoI) sources said that Chief Minister Mamata Banerjee defied protocol in a review meeting chaired by Prime Minister Narendra Modi on the post-cyclonic situation in the state and is misleading on the controversy surrounding chief secretary Alapan Bandyopadhyay.

After the Prime Minister landed at Kalaikunda last week, Banerjee left for Digha after meeting him briefly and did not attend the review meeting over the damage caused by Cyclone Yaas, they said.

Mamata, on her part, maintains she took the Prime Minister`s permission before leaving but the GoI sources say that PM Modi had not given permission to Banerjee to leave the meeting.

"It is clear that Mamata Banerjee`s statement of being made to wait is entirely false and that she made the PM wait," a source said. The sources also said that the Chief Minister had agreed to attend the meeting, but changed her mind after coming to know that the Leader of Opposition (LoP) Suvendu Adhikari was going to be part of the meeting, which she also mentions in her letter.

Slamming her claims of being told to wait for 20 minutes before the Prime Minister, the government sources said that she was expected to come in advance, as everyone does when PM is supposed to land at any airport.

They also said that the Bengal CM had chosen to prevent other officers too from attending the meeting and in effect cancelled the review meeting scheduled by the Prime Minister, as she sensed that she had to wait till the meeting was over.

"Mamata Banerjee chose to boycott the review meeting because the LOP of West Bengal was present. No issue was created by GoI on this because what mattered was cyclone relief activities. It was suggested to her that PM will meet her immediately after the review meeting as that was the reason for which he travelled to the state," the sources said.

"He chose to ignore his constitutional duties, as a result of which no presentation was given to PM and no officer of West Bengal government attended the PM`s review meeting," they said.

They also stressed that All India officers are not expected to be part of politics and that Banerjee knows all this and his retirement is the last bid to save him.

"Chief Secretary`s retirement shows that Mamata Banerjee is on the back foot. She knows that facts of the matter are against the Chief Secretary and his behaviour was such that it will invite strict disciplinary action as he is an All India Services Officer and it was his duty to ensure that the review meeting takes place as scheduled," the sources said.

"Mamata Banerjee has done a big U-turn in a matter of hours. From requesting PM to confirm the extension of Chief Secretary for three months, to retiring him now," they further said.

The sources also said that the Leader of Opposition Suvendu Adhikari was also an elected representative of the affected area and there have been numerous meetings in the past in non-BJP ruled states where representatives of other parties have been present.

Banerjee had said yesterday that Bandyopadhyay has retired from service on May 31 and will not join in Delhi and has been made Chief Advisor. The central government had on Friday last issued an order to recall Bandyopadhyay. The order said that the placement of his services with the government has been approved.

The state government was asked to relieve the officer with immediate effect and he was directed to report to North Block by May 31. The development took place after Banerjee along with the state chief secretary skipped the review meeting chaired by Prime Minister Narendra Modi on Friday aftermath of Cyclone Yaas.

Noida man gets vaccination certificate without taking a COVID-19 jab